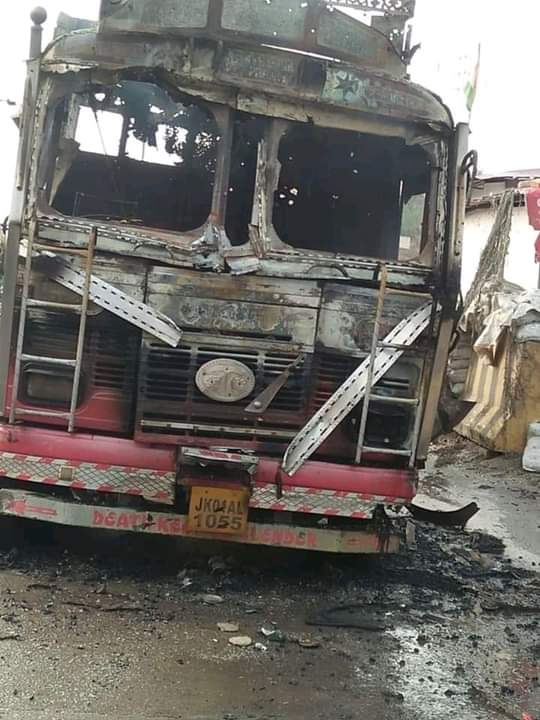 Jammu, Nov 19:  Inspector General of Police Jammu Mukesh Singh on Thursday said the four militants killed in a brief gunfight at Nagrota along Jammu-Srinagar highway were carrying 11 rifles and it was for the “first time” such a huge recovery has been made.

“We had kept teams on alert at all nakas. The checking was going on very well. During the checking at 5 a.m. in the morning when the driver was questioned he hesitated and started running away. We started searching the vehicle and we were fired upon,” he said , adding, “In the retaliatory fire four militants were killed. We have recovered 11 AK-47 rifles which is a huge number. Three pistols, satellite and mobile phones and compass were also recovered. We will be investigating the matter and further details can follow”.

Asked wherefrom the militants infiltrated, the top police officer of Jammu said: “This is a matter of investigation. We are looking into it. We are trying to find out.”

He responded in affirmative to a question by a journalist if the militants had infiltrated during wee hours: “Yes, it appears they infiltrated late night or early morning.”

Asked about the driver of the vehicle, the IGP said that the he was absconding. “We are looking for the driver.”

The police officer also responded in the affirmative to a question if the militants were heading towards Kashmir Valley.