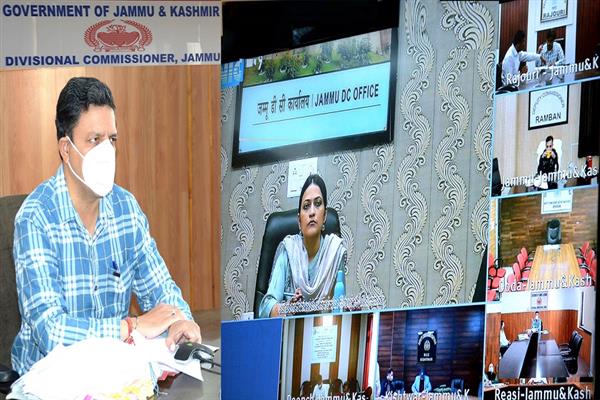 He passed these directions at a video conference meeting with the Deputy Commissioners of Jammu division convened in this regard.

The Divisional Commissioner directed the DCs to submit details in prescribed format regarding land transferred under roshni Act in their respective districts.

He asked them to share details i.e. number of beneficiaries in whose favour the land has been transferred, total number of land whether it is residential or agriculture, occupation of the beneficiary.

Meanwhile, the Divisional Commissioner also directed the DCs to hold meetings with concerned officers and finalize stamp duty rates of the immovable property in the districts.

The meeting was attended by Assistant Commissioner Central, Kulbushan Khajuria and other concerned while the Deputy Commissioners of Jammu division attended the meeting through video conference.