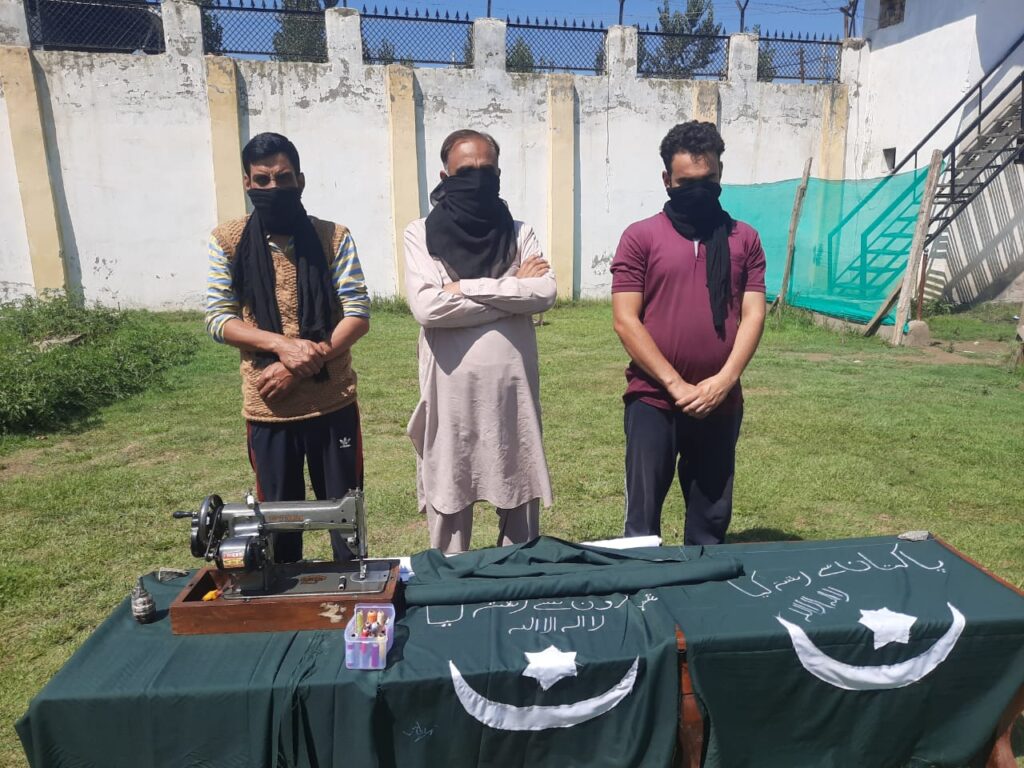 Bandipora, Sep 8: Police in North Kashmir’s Bandipora Tuesday claimed that it arrested three persons for sewing and hoisting Pakistani flag in Hajin town of the district.

A police official said that on 6 September some unknown persons hoisted a Pakistani flag to ‘incite’ antinational feelings among common people of Hajin town.

“In this regard an FIR vide number 35/2020 was registered at police station Hajin and during the course of investigation, three persons from Mir Mohalla Hajin were arrested who ‘confessed’ their involvement in flag hoisting,” the official said.

A police official said that besides cloth, sewing machine and other incriminating material a hand grenade was also ‘recovered’ from the accused.

‘Further investigation of the case is going on,” he added.