Abrogation of Article 370, 35(A) was historic, imperative for developed J&K: LG Sinha 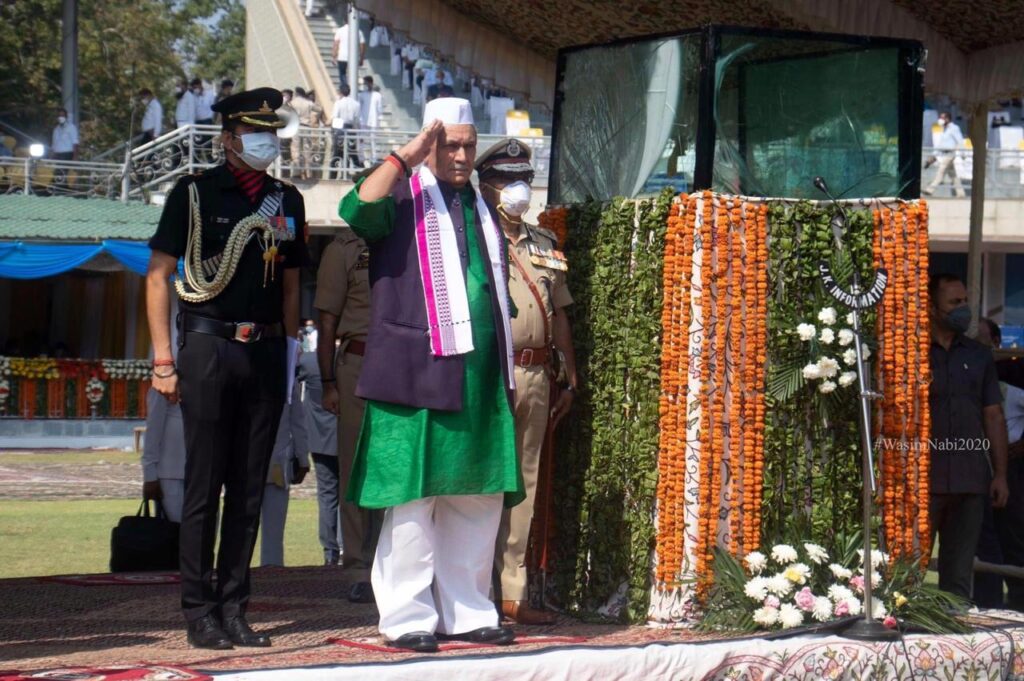 Srinagar, August 15: Lieutenant Governor Manoj Sinha on Saturday said that abrogation of Articles 370 and 35(A) was imperative to make Jammu and Kashmir a developed and dignified Union Territory and added the decision taken last year were “historic” as it will pave way for peace, prosperity and comprehensive development of J&K in times to come.

LG Sinha who hoisted tri-color in Sher-e-Kashmir Stadium, Srinagar here said that Article 370 and 35(A) was big obstacle for overall development of J&K and its annulment was imperative to make J&K a developed Union Territory.

“A new era of normalcy and development has dawned in Jammu and Kashmir in the last one year”, LG Sinha said and urged upon youths to engage in mainstream that helps the nation to progress.

Sinha asserted that the government is committed to provide a better alternative that stands for development, welfare and social transformation for the people of Jammu and Kashmir.

“After the constitutional change enacted in 2019, the central government took not one or two, but historic 50 decisions to transform the face of the region. A new era of normalcy and development has dawned due to the changes effected in the last year”, LG Sinha said while rferring to the abrogation of Article 370 and Article 35-A in August last year.

The LG said the government has five main guiding principles – to put in place a just and transparent system of governance, a thriving grassroots level democracy, maximizing the reach of government welfare schemes; accelerating economic development and creation of employment.

Sinha said some “wrong decisions” were unfortunately taken after independence which inevitably led to resentment in the hearts of the people of Jammu and Kashmir, and distanced them from rest of the country.

Sinha said his administration stands by all those who are committed to and strive towards strengthening democracy in Jammu and Kashmir. (KNS)