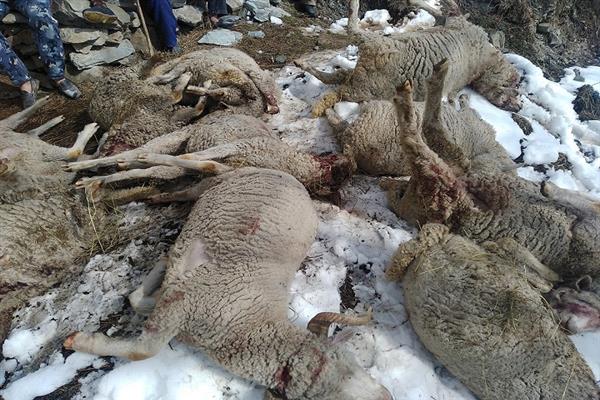 Poonch, July 17: Eleven animals including ten goats and a horse were killed after a cattle shed collapsed in Hari village of Surankote in Poonch district, officials said.

A police officer said that a cattle shed belonging to Mohammad Yousuf, son of Mir Mohammad of Hari Surankote collapsed due to heavy rainfall, leaving ten goats and a horse dead.

The heavy rainfall started in the area on Friday afternoon, which affected the normal life in the district—(KNO)