Centre failed to deliver post Article 370 as it only does experiments through amendments, new laws in Kashmir: Shiv Sena 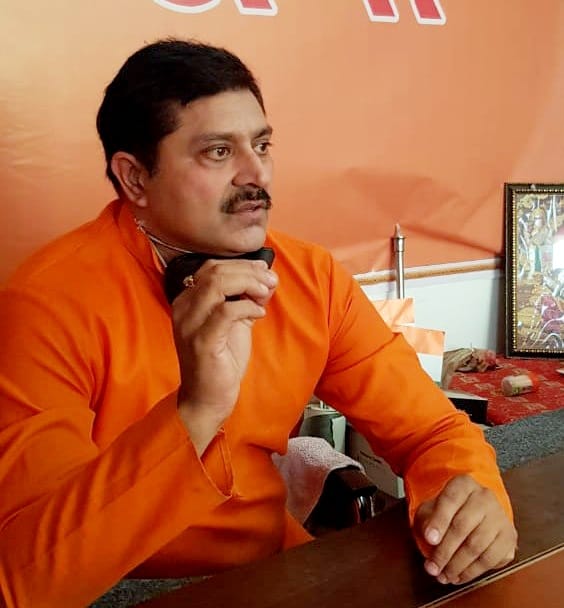 Srinagar, July 14: Jammu and Kashmir Shiv Sena chief Manish Sahani Tuesday accused the Central government of failing to deliver post the abrogation of article 370 stating that the situation in Kashmir is not concealed from anyone.

Manish Sahani, who heads J&K chapter of Shiv Sena said that the government has miserably failed to deliver post August 5 and it has only done experiments of new provisions and amendments in newly carved union territory.

Sahani said the central government was doing experiments of fresh provisions and amendments in Jammu and Kashmir leaving the people especially employed youth suffer. “The experiment of domicile law has increased unemployment rather than decreasing it,” he said.

He said post the abrogation of article 370, all the amendments and provisions implemented in union territory of Jammu and Kashmir have proved futile since they have failed to come up with something concrete in nature that will be favourable for its people.

Reacting to the issuance of domicile certificate to non-permanent residents, Sahani said that the people of Jammu and Kashmir did not  require domicile as their ancestors have been living here for decades now and the government with domicile is trying to end their identity even when  people already had permanent resident certificate (PRC) issued by government.

He said this domicile will impact the people of Jammu province immensely, end of SRO 202 and new job advertisements are just a joke with the unemployed youth and giving domicile to the non J&K residents will result in a huge spike in unemployment rate in the UT.

J&K Shiv Sena chief said that GoI has also miserably failed to bring back a single Kashmiri Pandit who are living elsewhere for three decades now. “All claims about bringing back KPs have fallen flat so far,” he said, adding that on the other hand outsiders are being allowed to settle down, which ultimately will create for original residents.

Shiv Sena J&K Chief said that the irony is that the government has now divided the job posts Tehsil wise rather than province-wise which would further lead to unemployment. “Over 98 percent of the outsiders are settled in Jammu province alone. This domicile will have huge impact over the youth, especially those living in Jammu region,”—(KNO)