It will be huge setback if China claims sovereignty of strategic Galwan Valley: Former Ladakh minister 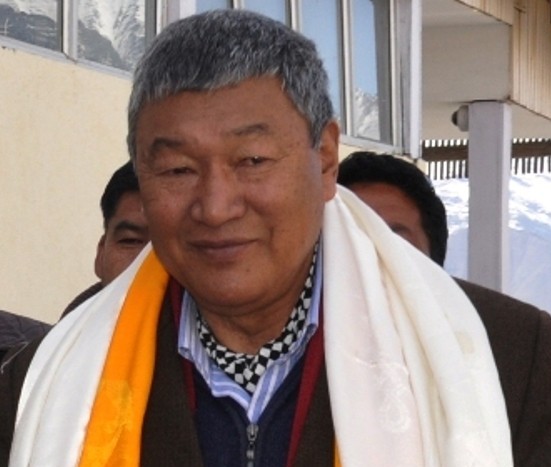 Srinagar, June 24: Former Minister for Cooperatives and Ladakh Affairs in the erstwhile state of Jammu and Kashmir, Chering Dorjay Wednesday said if the government failed to take measures to stop China’s incursions, the day is not far when Chinese will claim sovereignty over entire union territory of Ladakh.

Chering Dorjay who was the minister in the PDP-BJP led government, said China’s sovereignty claim over Galwan will have a major setback and impact over both the government and the local population.

He said there have been military level talks between India and China and if China agrees to go back to the earlier position it will be a good sign and if doesn’t then it will be a problem for India.

“Strategically it will be a huge setback if China claims sovereignty of Galwan Valley and if we lose to them it will affect the local population as well,” he said.

Highlighting the importance of Galwan Valley, he said the road to Daulat Beg Oldi goes via Galwan along the river and looking at the importance it is going to be a huge loss for the local population and government as well if China doesn’t agree to leave back.

“If China continues its aggressiveness then there will be a day when it will claim the entire union territory of Ladakh and we can’t predict what exactly will happen.”

To a question about the steps initiated by New Delhi on ground level to push back China, he said since the Chinese army started incursion, India has started a build-up now and India is also at a better position than China.

He said the government is taking measures only time will tell whether they will succeed in it or not.

Talking about the scrapping of special status of erstwhile state Jammu and Kashmir after which the state was bifurcated into two union territories, he said China has opposed it since day one but it’s entirely an internal matter of India.

“Whatever, whether the decision was right or wrong but the fact is China is not a party to it in any manner,” he said.—(KNO)