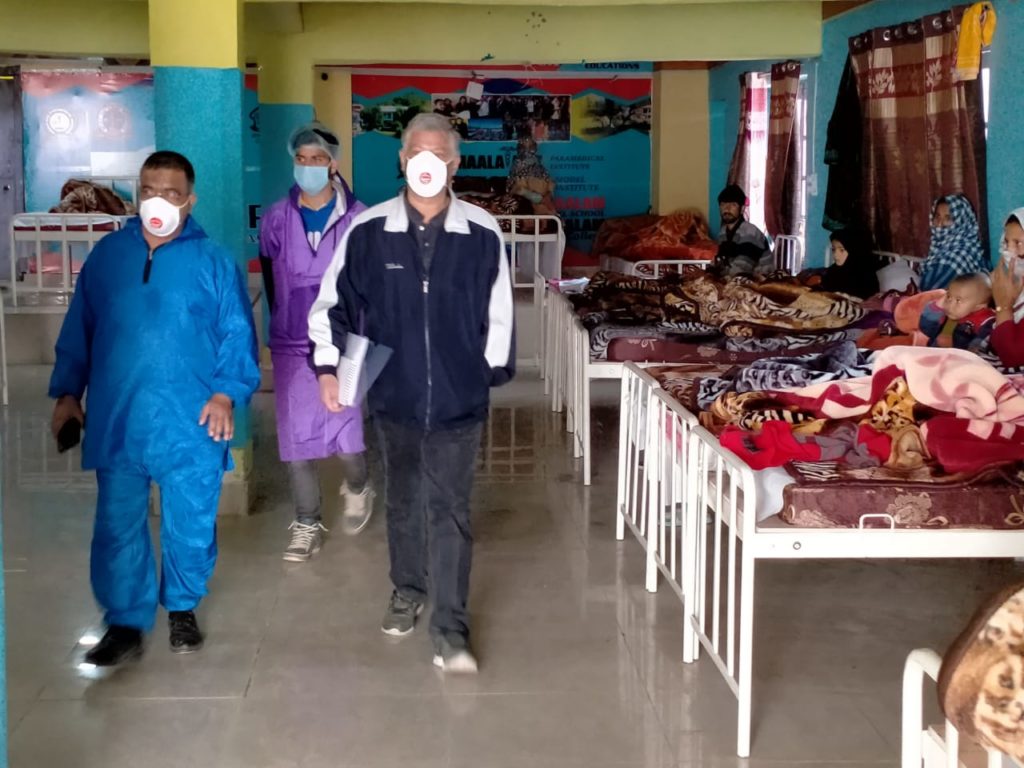 Srinagar, June 10: At least 28 CRPF men and 17 health care workers were among 161 fresh covid-19 cases reported in Jammu and Kashmir, officials said on Wednesday. These cases have taken the overall case tally in J&K to 4507.

Most of the cases were confirmed at diagnostic laboratories of SKIMS Soura, CD Hospital Dalgate, SKIMS Bemina and Army’s Udhampur hospital.

Dr. G H Yatoo, Nodal Officer Coronavirus Control Measures at SKIMS said that out of the 1785 samples processed at the viral diagnostic lab today, 54 returned positive for the virus.

Professor Farooq Jan, Medical Superintendent SKIMS Soura, said that among them, 18 are from Kupwara, 15 from Shopian, seven each from Anantnag and Baramulla, four from Bandipora, two from Srinagar and one pertains to a resident of New Delhi.

Regarding samples received from district hospital Anantnag, he said, the positive cases include 40-year-old male from Wanihama, two Females (aged 20 and 30 years) from Pahalgam and 3 females (70, 27, 40 years) from Deva Colony Anantnag.

Dr Riyaz Untoo, Principal SKIMS Bemina, told GNS that out of the samples processed, 28 tested positive-26 from Shopian and two from Budgam.

Sources said that among the samples tested at CD hospital, 28 CRPF men from 90 batallion Urnhal besides two persons from 2 army base Hospital tested positive along with five civilians.

“With more than 1000 negative reports in last 4 days we wake up with report of 19 positives today mostly staff of District Hospital .These were High Risk Contacts who attended to delivery of pregnant positive lady and were already Qurantined,” deputy Dr. Piyush Singla said in a tweet at around 9.a.m.