Body of man found, day after gunmen abducted him in Shopian 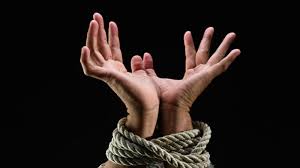 Shopian, June 10: A day after he was allegedly abducted by unknown gunmen, body of a man from Pinjoora Shopian was found from Kungnoo Turkwangam area in the south Kashmir district on Wednesday.

A senior police officer said that body of Tariq Ahmad Paul, whose house was damaged during a gunfight leading to the killing of four militants’ couple of days ago at Pinjoora, was found having “torture marks.”

He said that a case has been registered and “investigations continue.” (GNS)