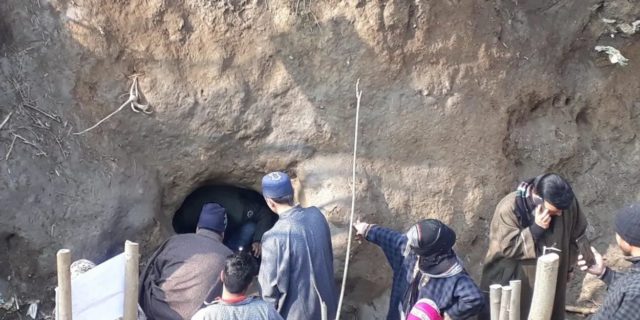 Srinagar: A militant hideout was on Friday busted in Hillagwari area of Gundana in Doda district, officials said, adding that arms and ammunition including grenades were recovered from the hideout.

Officials told news agency that joint teams of Jammu and Kashmir police and Army on a specific information, launched an operation in Hillagwari area and busted a militant hideout that was built under big rocks where militants had kept arms and ammunition.

“The hideout was successfully busted and arms and ammunition have been recovered include two AK rifles, one pistol, two AK magazines, five hundred and eighty AK rounds and three Chinese grenades,” officials said.