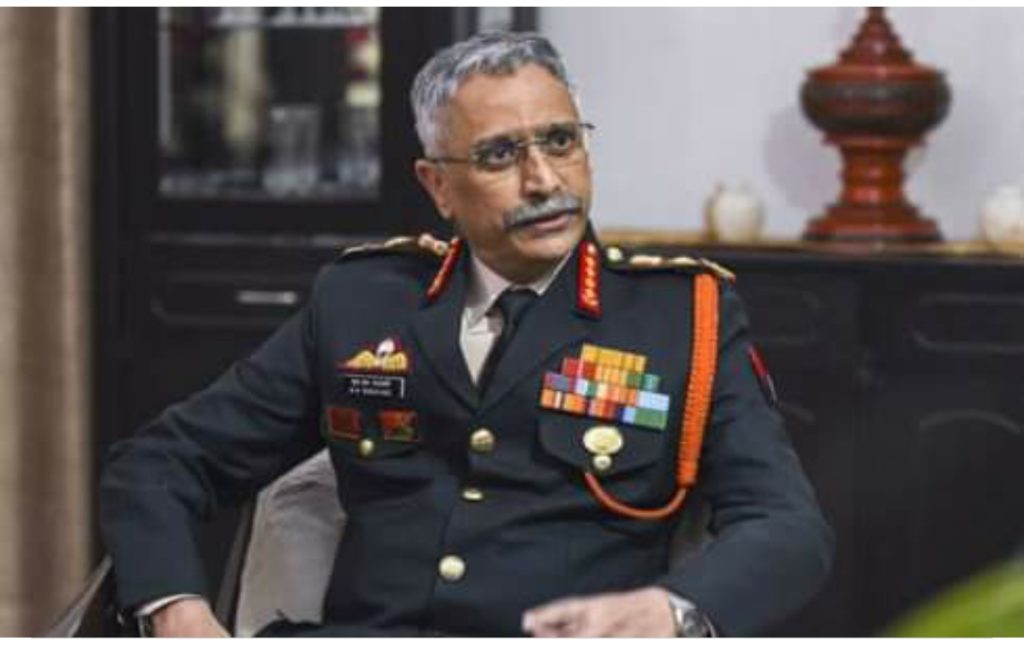 Srinagar:Army chief General MM Naravane on Friday impressed upon the commanders to maintain strict vigil along the Line of Control and remain prepared to give a befitting reply to any misadventure from across.

On the second day of his two-day visit to the Kashmir Valley, General Naravane, the Chief of Army Staff (COAS), visited the forward areas and reviewed the security situation along the LoC, which has seen an escalation of tension recently after a deadly gunfight in Keran sector of Kupwara.

The COAS accompanied by Northern Army Commander Lt Gen YK Joshi and Chinar Corps Commander Lt Gen BS Raju visited the formations and units, wherein the local commanders briefed the COAS on the existing security situation and the measures instituted so that infiltration bids by terrorists are foiled.

“The Chief of Army Staff was briefed by the local commanders on the situation on the Line of Control, ceasefire violations, our retaliations, counter-infiltration operations and operational preparedness being maintained,” the Srinagar-based defence spokesman said.

During his interaction with the soldiers on snow-clad heights, he was appreciative of the sharp vigil and alertness along the Line of Control and high morale of the troops.

The COAS also impressed upon the commanders to maintain strict vigil along the Line of Control and remain prepared to give a befitting reply to any misadventure from across and exhorted the soldiers to remain alert for any eventuality.

There has been an escalation of tension along the LoC after a recent fierce encounter in Keran Kupwara, in which five elite Para commandos and as many militants were killed.

Three civilians, including a seven-year-old child, were killed in cross-border shelling in Kupwra some days ago.