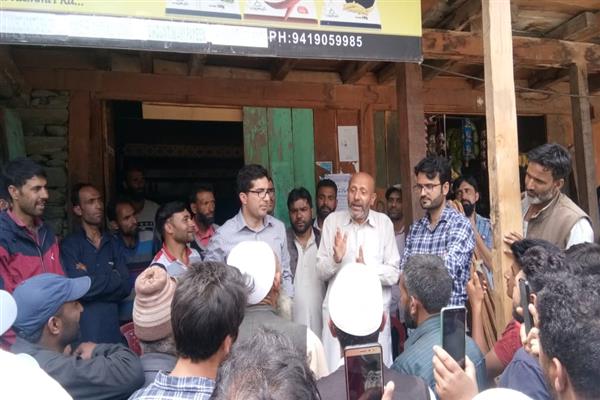 NIA called Er. Rashid to Delhi for questioning on Sunday, this was revealed by former MLA Langate on his Facebook page.

Shah Faesal while defending Er. Rashid said that he has become a voice of the masses and at a time when Kashmir is going through unprecedented crisis, calling Er. Rashid is only meant to disallow him from indulging any political activity.

“Er. Rashid’s credentials as a public person are known to everyone but his outspoken nature and a unique stance on Kashmir seems to have rattled some interests in Delhi. It’s surprising that a person who has been an elected MLA is being treated in the most unfair manner,” Shah Faesal asserted.

Shah Faesal demanded that NIA should immediately conclude the investigations and send Er. Rashid back to Srinagar as entire Kashmir valley was missing him in this moment of crisis when a war-like situation has been created