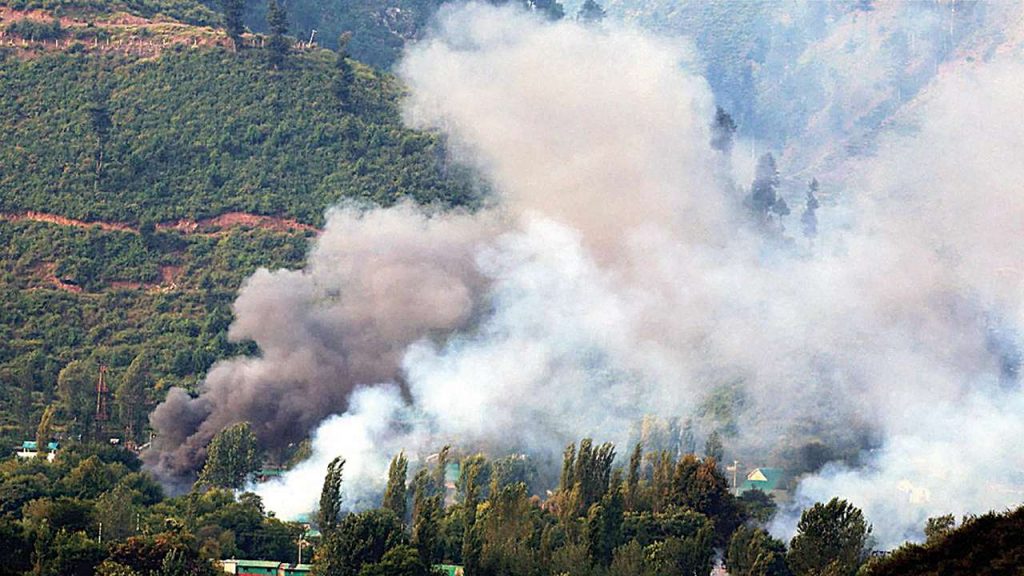 An army officer said that Pakistani troops opened unprovoked fire from across the border in Hajipeer area of Border town Uri this evening.

He said that the soldiers manning the fence also responded the fire strongly.

However, there was no immediate report of any casualty.

Meanwhile, the exchange of fire between the two sides is going on.

A police officer also confirmed the exchange of shelling in Uri and said that police Control room has been alerted in case of any eventuality.