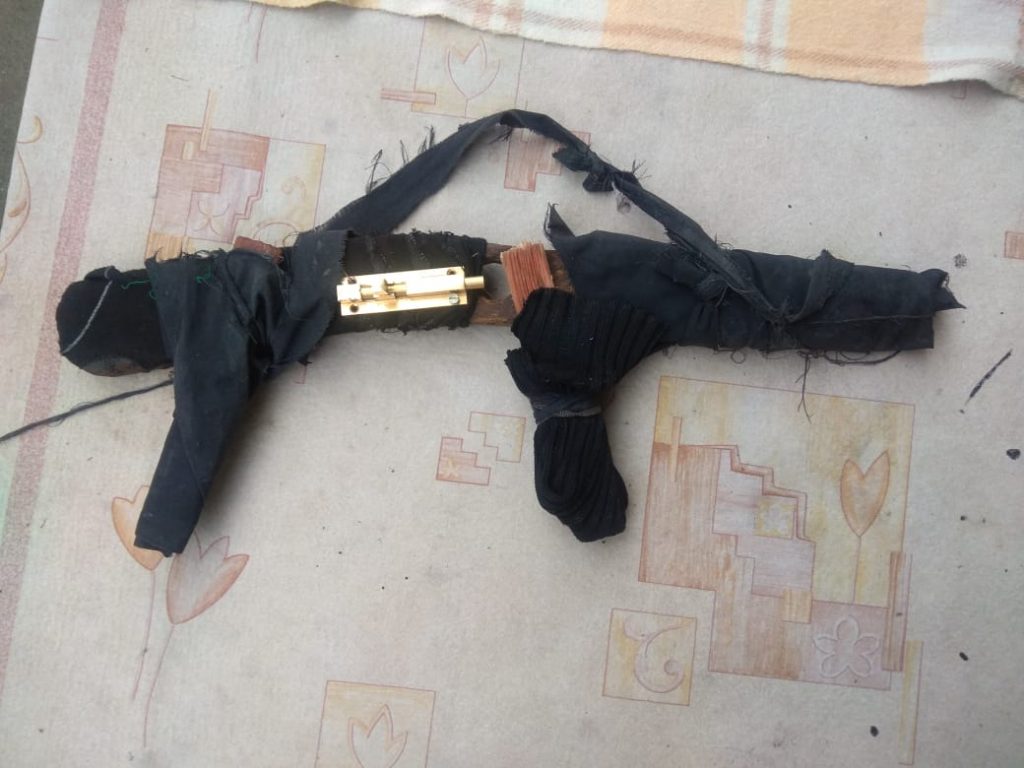 The men scared the family by showing the gun, which the family later on came to know was actually a toy gun.

The men took away cash worth Fifty one thousand eight hundred rupees and a mobile phone from the family.

Talking to GNS, one of the family members said that they were held hostage in their own house by the robbers wearing army uniform with (toy) guns pointing at us. They looted cash and mobile phone as well.

A police officer confirming the incident to GNS said that a team has been deputed to the spot to assess the details. “We will be in a position to say more once we are done with our investigations” . (GNS)