Srinagar: Peoples United Front — an alliance between the parties of bureaucrat-turned-politician Shah Faesal and former MLA Sheikh Abdul Rashid — Friday staged a sit-in here to protest the ban on civilian traffic on a stretch of Kashmir highway for over five hours a day during Amarnath yatra.

Members of the front led by Rashid staged a sit-in at Press Enclave here to protest the government’s decision to ban civilian traffic from 10 am to 3:30 pm on the stretch of the highway from Nashri to Qazigund till the yatra is over.

Speaking to reporters, Rashid denounced the ban and called it a “gross violation of the fundamental rights of the people of Kashmir”. 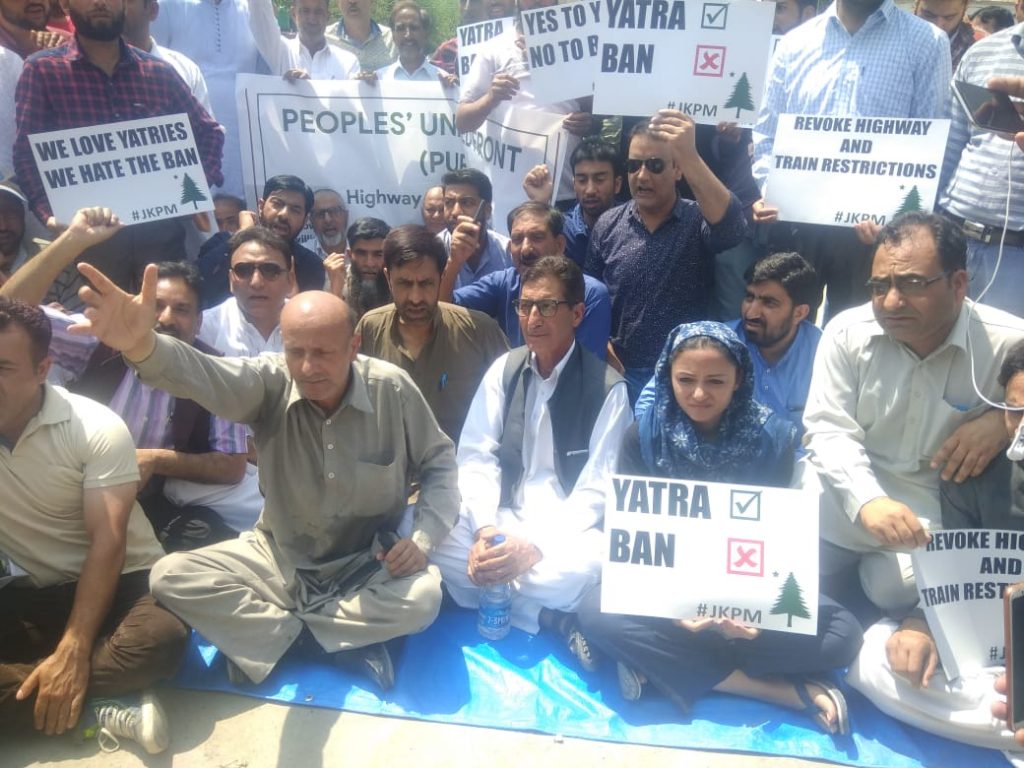 “Who does not know that more than security agencies, Kashmiris make the yatra a success. But, by creating issues just to defame Kashmiris and make their life miserable, New Delhi is exposing its colonial mindset and hatred towards Kashmiris,” the former MLA from Langate constituency of north Kashmir said.

He said it was unfortunate that the yatra was “being communalised for political gains” and New Delhi was “giving notion that Kashmiris are anti-Hindu”.

“Not only common man, but students, patients, government employees and business community is suffering and entire Kashmir feels caged and jailed,” he said.

Rashid challenged the government to withdraw the security cover on the highway and see how Kashmiri Muslims would facilitate and protect the yatris and make the pilgrimage a success.

The front demanded immediate revocation of the ban.

The authorities had said restrictions were put on the civilian traffic to allow incident-free passage to vehicles carrying Amarnath yatra pilgrims.