Srinagar: Aagosh, a local Non Governmental organisation (NGO) which works against child abuse on Sunday conducted its first school based workshop in Srinagar. The NGO is run by human rights activists, doctors, psychologists and journalists. 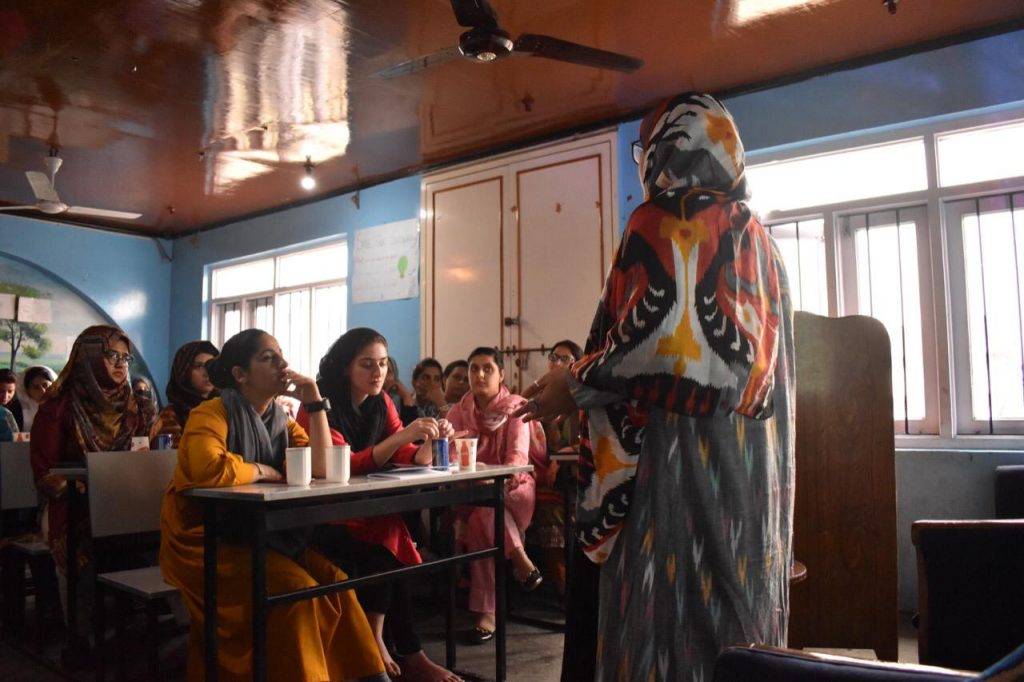 The workshop was conducted in BlueBells School, Khanyar and was attended by a large number of teachers, parents and caregivers. The speakers discussed the pertinence of speaking about child sexual abuse in Kashmir due to the rising number of cases that are being reported. In the workshop a session was held with the  psychologists who discussed with the audience the ways of detection of abuse in children and how to approach such kids and deal with them. The abuse in specially abled children and those in special settings was discussed as well.

A teacher trainer and a social activist Samreen Hamdani did a small toolkit with all those present and gave a preliminary training to the caregivers on prevention of abuse and the proper way of educating children about child abuse. Other speakers talked about the medical and medico-legal aspects and reporting.

This was followed by a free distribution of literature and guidelines compiled by Aagosh and other world renowned bodies, among the audience.

Aagosh has been working tirelessly for raising awareness among masses about the issue of CSA, and becomes a first social group to do such a workshop.

One of the founding members of the platform, Dr.Khawar Khan Achakzai, thanked the school managements and all the participants and vowed to continue their humble efforts at raising awareness. “Children can’t prevent abuse but adults can, so we will continue with whatever we can to prevent our children from abuse,” he said.