Jakarta: At least six people were killed while 200 sustained injuries in the Indonesian capital, here in protests which erupted following the announcement of the results of the presidential election, Jakarta Governor Anies Baswedan said on Wednesday. 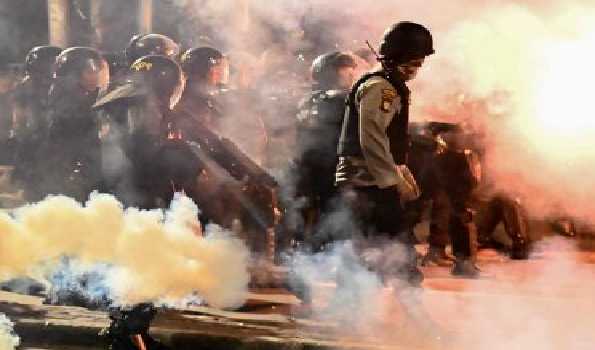 The capital has been on edge in recent days ahead of the official announcement of the April presidential election results, which on Tuesday confirmed that incumbent President Joko Widodo had won a second term, with 55.5 percent of the vote.

His opponent, fiery ex-special forces commander Prabowo Subianto has refused to accept the results, alleging the poll was marred by widespread fraud – a claim his team is yet to produce compelling evidence to support.

The protesters, mainly supporters of Subianto, took to the streets, refusing to recognize the results of the vote. They clashed with police officers who responded with tear gas.

Police on Tuesday arrested a former general for allegedly smuggling weapons to the protest, while authorities confiscated Molotov cocktails from one minibus of Prabowo supporters traveling to the capital from Java.

As of Wednesday morning protestors had started to gather outside the elections supervisory agency building. UNI