Srinagar: The family members of Kralpora woman, who died on Tuesday after allegedly consuming poison at her in-laws’ house, staged a protest on Wednesday, alleging it was a “murder”.The family and relatives of the deceased Yasmeena Akthar daughter of Mohammad Ramzan Kumar of Kralpora blocked the Alamdar Charisharief – Srinagar road at Kralpora in Central Kashmir’s Budgam District for some time and demanded justice.

“It is a baseless story that Yasmeena died after committing suicide. She was poisoned to death by her in-laws,” the family alleged.

Yasmeena according to the family was 4-month-old pregnant. 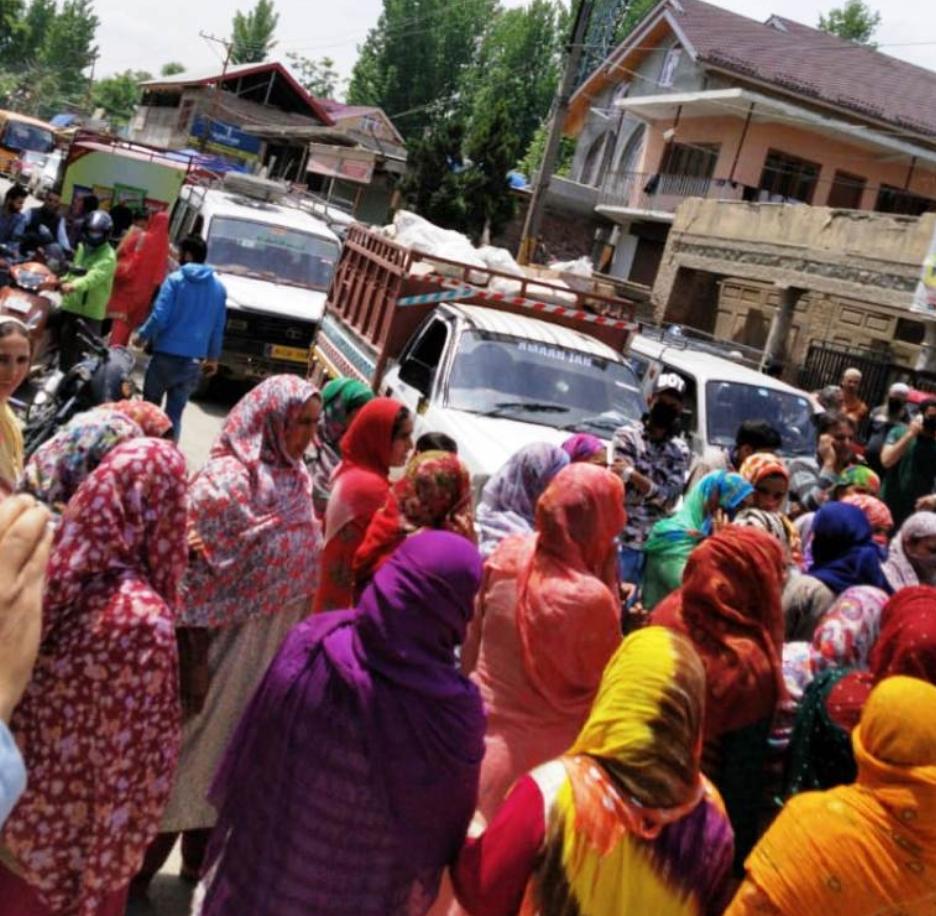 As per her family, she died at her husband’s residence at Charisharief during the intervening night of May 13 and 14. She was declared brought dead by doctors at SMHS.

“The in-laws including the husband of the deceased woman are giving different versions with regard to her death,” they said, adding that since Yasmeena’s wedding last year she was being harrassed by in-laws and termed her death as murder.

The family said that they have approached police station concerned with regard to the murder and urged police to file an FIR and initiate an inquiry into it.

Meanwhile, on the assurance of SHO concerned that police will probe the matter, the protesting family dispersed off peacefully. (GNS)