Srinagar: The United States special envoy Zalmay Khalilzad, while recognising Pakistan’s neutrality in the Afghan peace process, has urged all Afghans to app­roach the forthcoming elections and the ongoing talks with the Taliban with equal seriousness.

“I particularly appreciated Federica Mogherini’s thoughts for Afghans concerned about potential overlap in timing of elections and the Afghan peace process,” he wrote.

Khalilzad, on a multi-nation trip for his efforts of facilitating intra-Afghan talks, also noted that Pakistan has assured Afghanistan it has no intention to interfere in its internal affairs. 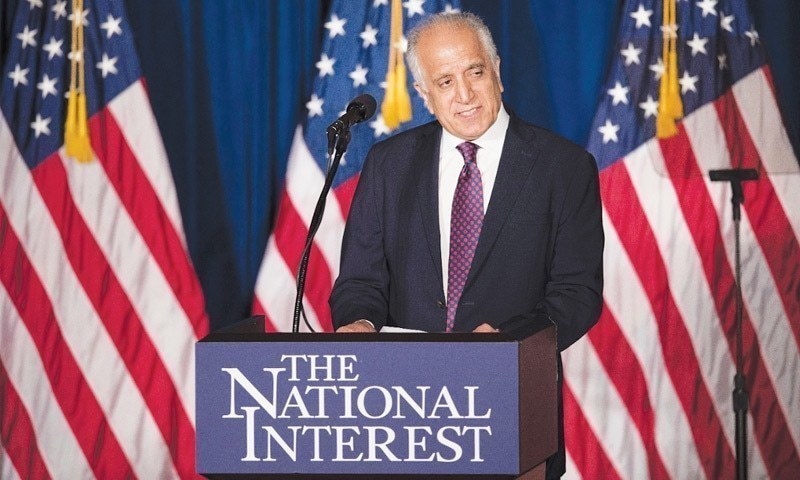 “Appreciate Pakistan’s and other regional support for Afghan Peace Process and agree that Afghans have the right to live in peace after a long period of war,” he wrote.

Ambassador Khalilzad began his latest peace mission on March 25 with visits to London and Brussels and will also travel to Afghanistan, Pakistan, Uzbekistan, Jordan and Qatar before returning to Washington on April 10.

Khalilzad said that in Brussels, US, EU and Nato officials talked about “the meaningful political and social gains” in Afghanistan over the last 18 years, especially for women and children, and agreed that those gains “must be prioritised” in the peace process.

“Our shared goal is to reach a peace agreement worthy of the sacrifices made over decades of war. Together we’re committed to achieving genuine intra-Afghan dialogue on a political settlement that ends the conflict,” he wrote.