Baghouz: Islamic State has been defeated at its final shred of territory of Baghouz in Syria, the U.S.-backed Syrian Democratic Forces (SDF) said on Saturday, announcing the end of its self-declared “caliphate” that once spanned a third of Iraq and Syria, Reuters reported.

The SDF declared the “total elimination of (the) so-called caliphate”, Mustafa Bali, head of the SDF media office, wrote on Twitter.

“Baghouz has been liberated. The military victory against Daesh has been accomplished,” he wrote.

The SDF has been battling to capture Baghouz at the Iraqi border for weeks.

Daesh is an Arabic acronym for Islamic State. “We renew our pledge to continue the war and to pursue their remnants until their complete

Though the defeat of Islamic State at Baghouz ends the group’s grip over the jihadist quasi-state straddling Syria and Iraq that it declared in 2014, it remains a threat. 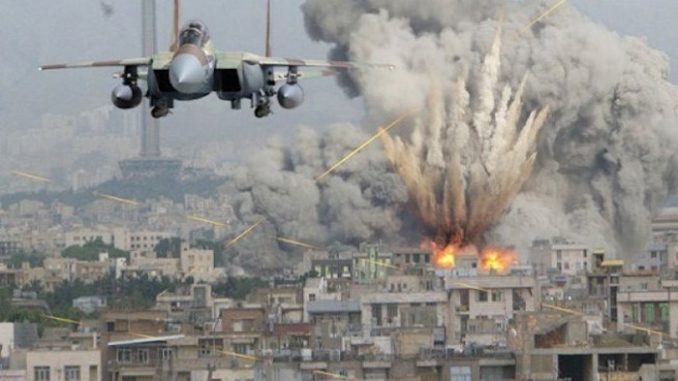 Some of its fighters still hold out in Syria’s remote central desert and in Iraqi cities they have slipped into the shadows, staging sudden shootings or kidnappings and awaiting a chance to rise again.

As the fighting progressed in recent weeks, the convoys of trucks from Baghouz started to include hundreds, and then thousands, of surrendering jihadist fighters, many hobbling from their wounds.

The SDF said it captured hundreds more in recent weeks who tried to slip through its cordon and escape into Iraq or across the Euphrates and into the Syrian desert.

At the end, they were besieged in a tiny camp full of rusting vehicles and makeshift shelters, pinned against the Euphrates and overlooked by hills held by the SDF.

Islamic State released video from inside that miserable, shell-pounded enclave, showing its last fighters still shooting at the SDF as smoke billowed overhead.

It was an attempt to shape the narrative of its defeat, portraying it as a heroic last stand against overwhelming odds and a call to arms for future jihadists.

But the footage shown by the SDF in recent weeks was of long lines of abject, surrendering fighters, sitting or squatting in a desolate landscape, their dreams dashed.