I realized my decision to join IAS was wrong, nothing can change till there is bloodshed: Shah Faesal

We will facilitate resolution of Kashmir dispute peacefully: Shehla Rashid 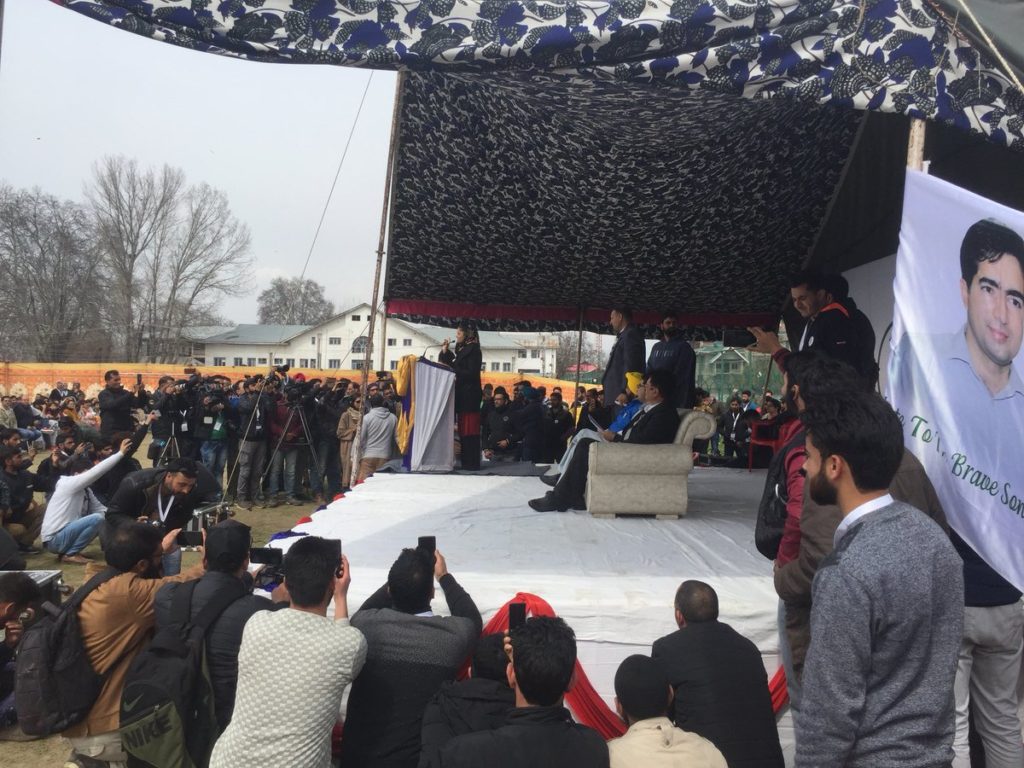 “I realised that my decision to join Indian Administrative Service was wrong,” Faesal said on the launch ceremony of his political party J&K People’s Movement at Rajbagh Srinagar.

“I thought development will bring peace but nothing will change till there is bloodshed”.

Faesal hogged limelight and earned a name for himself after he topped the civil services in 2009.

“Everyone who is with me has left something and sacrificed to start this movement. We will not allow this politicking over blood of youth of J&K,” he said.

“As a mainstream party we can only facilitate peaceful resolution of Kashmir issue which ultimately has to come from New Delhi and Islamabad. We will focus on Central Asia and reopening of silk route”.

He accused both India and Pakistan of playing politics at the cost of people’s lives who were living along the Line of Control and the international border.

“Our nation is carrying the baggage of indignation of Treaty of Amritsar when our nation was sold along with people to Dogras,” Faesal said.

He also said that he did not join any political party because people told him that if he joined those parties whose hands were drenched in blood, he would be banished for all times.

“Before launching my party I spoke to all the political parties and every party encouraged me to join,” Faesal said.

“But people spoke out against it and said that if I joined hands with those whose “hands are drenched in blood, I will be banished for all times”.

He also said that some people accused him that his decision to launch a political party was a conspiracy of New Delhi.

“Yesterday these political parties were after me to join them & when I decided to launch my own party they accuse me of being New Delhi’s or RSS agent. You should not pay heed to anything without any proof. We are here with new politics

“I was in touch with three parties to join them but during this time people’s slurs and suggestions forced me to launch new party. I want to thank them for directing me in right decision,” he said.

While addressing the participants, she said that their party wants to facilitate resolution of Kashmir dispute peacefully.

“A major agenda will be to empower youth in educational institutes and create a movement where they can express their political dissent,” she said.