Exclusive: Politics of existence brought NC, PDP and Congress together to form “ruling” grand alliance in Jammu and Kashmir 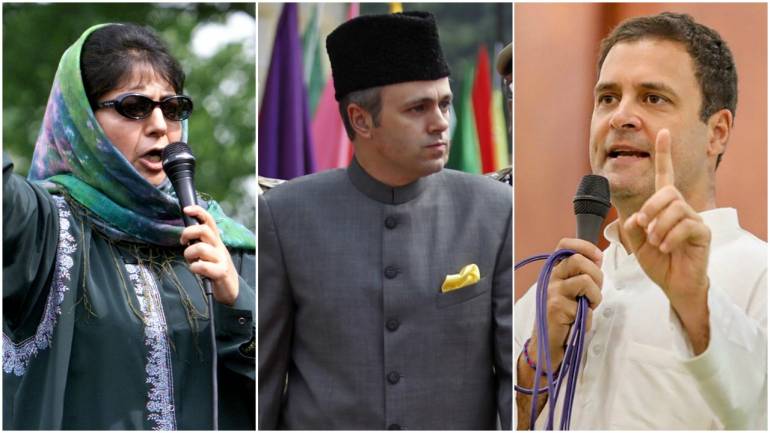 Consultations are on between NC, PDP, and congress to form the government in Kashmir

Srinagar: The senior Peoples Democratic Party (PDP) leader, Altaf Bukhari, is the man who started serious efforts to bring the three political parties, with divergent political interests, into the business of talks to form a ruling grand alliance in Jammu and Kashmir.

Sources said Bukhari set the motion of initiating dialogue to form the governments with his opponents, National Conference (NC) and Congress, some 45 days ago.

“The whole motive of this effort was to safeguard the Article the 35-A and the special status of Jammu and Kashmir,” sources, close to Bukhari and in the knowhow of the parleys between the three parties, revealed to The Kashmir Press.

“There was a consensus among the parties that we have to fight for special status politically. And, there is still two and half years period left for the present government. Why to let it go?”

“So with this thought, Bukhari started contacting the NC and the congress leaders,” sources said.

Was the special status the only reason?

The critics, however, disagree that protecting the special status was the only reason for the three parties with divergent political interests to come at the table and stake claims in the government formation.

“The BJP was consistently making efforts to form a government in Kashmir,” sources said.

“They have made inroads into the Kashmir by two means. One by bringing in smaller parties like Peoples Conference (PC) led by Sajad Lone into its fold. And, second by fomenting rebellion within the party leaders of NC, PDP and Congress”.

To a large extent, the BJP remained successful. They easily brought PC into its fold besides senior PDP leaders like Imran Ansari and his uncle Abid Ansari were openly supporting the BJP led alliance, by often repeating that they do not believe in the “dynastic politics”. This phrase was also often repeated by the PC and its partner BJP as well.

As such, the NC spokesman, Junaid Matoo, too rebelled against the party and settled for the post of Srinagar mayor with full support from PC and the BJP.

PDP’s senior most leader and party’s co-founder Muzaffar Hussain Beigh was the most recent entrant to the rebel group joining BJP-PC alliance.

On Tuesday, Beigh held a press conference and said he will leave the party if a third front emerges in Jammu and Kashmir.

“Sajjad Lone is like my son. I had contested the elections that led to registration of Peoples Conference as a political party. If Sajjad is interested in (formation of third front), it should be encouraged. People want something different from the beaten track,” Baig said. 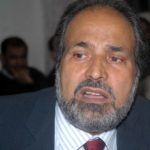 Muzzafer Hussein Beigh too hinted at rebellion during the recent presser

The observers believe that the PDP, Congress and NC were worried over the increasing number of rebel members leaving their respective parties and joining the BJP and its partners.

“It was the matter of their existence as political parties in Jammu and Kashmir,” an observer said.

Who will be chief minister?

The NC pledged that they would help the government formation, but it will be in the shape of an “outside support”.

On the other hand, sources said the congress too agreed to government formation during talks with Bukhari.

“The congress refused to be part of the government,” sources revealed.

“During talks between congress and PDP’s Bukhari, it emerged that it will look one sided government of congress did not participate. The party later agreed to be part of the government”.

“The PDP has put two names forward for the post of chief minister which include party leaders Altaf Bukhari and Abdul Rehman Veeri”.

The PDP has 28 legislators, Congress has 12 and the National Conference has 15 in the 87-member Jammu and Kashmir Legislative Assembly. The mark needed to form the government is 44.

Jammu and Kashmir at present is under Governor’s Rule which will end on December 19. A President’s Rule may be imposed thereafter in the state if no government is formed by then.

After the leaders of three parties consulted with each other, the word was put out that the government, which fell on June 16 this year after BJP pulled out of the ruling coalition with PDP, will be formed.

Just before the businessman turned politician, who acted as a pivot to cobble the unthinkable alliance, came before media, Bukhari spoke to former chief minister and NC leader, Omar Abdullah to get doubly sure that chances of government formation were real.

“People in the state will soon get ‘good news’ as the PDP, Congress and National Conference have decided to join hands to form the government,” Bukhari told media at his Sheikhbagh residence. 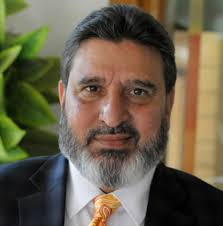 Altaf Bukhari acted as pivot to cobble the alliance

“Article 370 and 35A are our main issues. All this is being done to safeguard them,” he said, adding, it was also the view of 60 legislators representing the three parties.

“There is a progress among the three political parties. Keeping in view the political situation and special status of the state, the three parties have decided to join hands”.

State congress president, GA Mir, later also said that Congress was ready to support both PDP and National Conference if they are willing to form Government in the State.

“BJP is making inroads while the remarks of Governor Satya Pal Malik that he will not dissolve Assembly till 2020 have kept the options of horse trading open. It is a serious situation and for the sake of people secular minded parties like PDP, NC and Congress should join hands,” Mir said.

Amid the powerful claims of possibilities of forming the government in Jammu and Kashmir, PDP President Mehbooba Mufti flew to Delhi to meet congress chairperson, Sonia Gandhi.

“She will talk about the politics and efforts with regard to government formation with Sonia Gandhi,” sources said.