"Men and Women equal, but not similar' 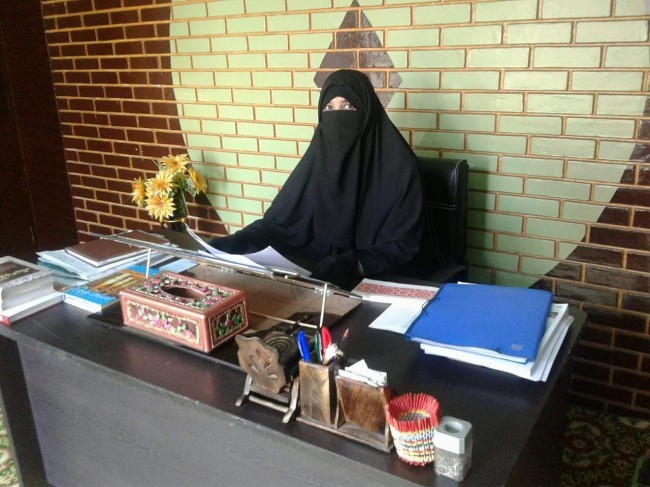 Srinagar: Dr Mubeena Ramzan, who was recently declared as one among the world’s most influential persons, has saidmasculinizationsation of women force is by far one of the most important aspects of the problem of the women folk today.

She said that rights and duties are the two ways street and stagnation in any of the streets can prove is cathartic and dangerous to all of the humanity.

“We demand too much and tend to do the opposite when the things come around. Masculinisation of women force is by far one of the most important aspects of the problem of the women folk today. It leads to the some of the major problem that women of the society face today. Passion is the key to the Victory,” during a recently held one-day seminar titled on “Violence Against Women – Our Role & Responsibility” at the campus of Jamia Islamia Mahdul Muslimat, Khalidabad, Baghat, Srinagar.

The seminar was organised by ‘Ansar-un-Nissa’ (Friends for Women), the women-only socio-religious organisation.

The event was organised in regard to put an eagle’s eye to the one of the most dormant section of the society particularly in Kashmir. The event was chaired by the (Prof). Dr. Roshan Ara, Women Studies Centre, University of Kashmir along-with Dr. Mubeena Ramzan, Chairperson of Ansar-un-Nissa. Various representatives of the social, religious and cultural organisation working in the fields of women and women empowerment participated in the conference.

The first of its kind, woman only, organisation dedicated to the empowerment and sustainable development of women folk initiated such process of providing platform to the women folk. 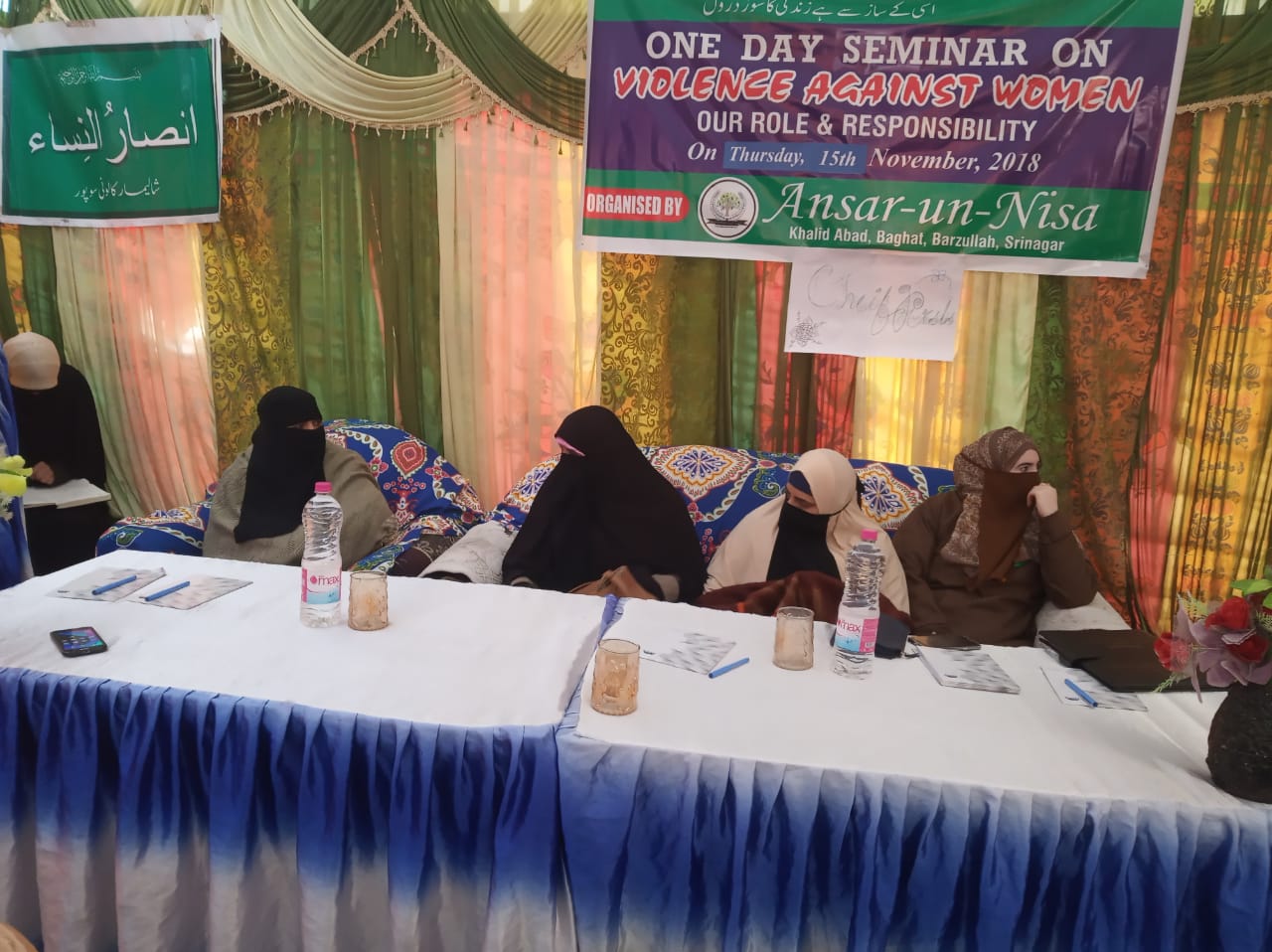 Dr. Mubeena Ramzan said 40% of contribution to Bait-al-Mal was contributed from the women in the Ottomans Empire and Ansar-un-Nissa strives to achieve the same status of women in the society.

She said the oldest degree-granting university in the world i.e., Al-Qarawiyyin University was founded by Fatima al-Fihri, a women. Women have been the pioneeries of the education from the beginning of the Muslim society which is evident from the fact that a great major of ahadiths (sayings of the Prophet, saws) are quoted by none other than his wife, Hazart Ayesha Siddiqa (r.a).

The women has to change the concept of involving the destiny in the every aspect of their life and start to involve and evolve with extensive application of the  Quranic values of the self-development and growth.

Men and women are equal, but not similar

Quran is not only the book of religious and moral teaches but a living document of value and ethics that if followed, can lead to the positive and spiritual development of the Women in every respect of the society as well as the familial businesses.

In her presentation she stated that after realizing the extent of the deprivation of the woman folk and unflinching need to do something about it, Ansar-un-Nissa was born to bear these problems and be a semblance of hope in the sea of problems. Ansar-un-Nissa is the representation of trust, expectations and anticipation of someone who has been bearing the brunt of society. 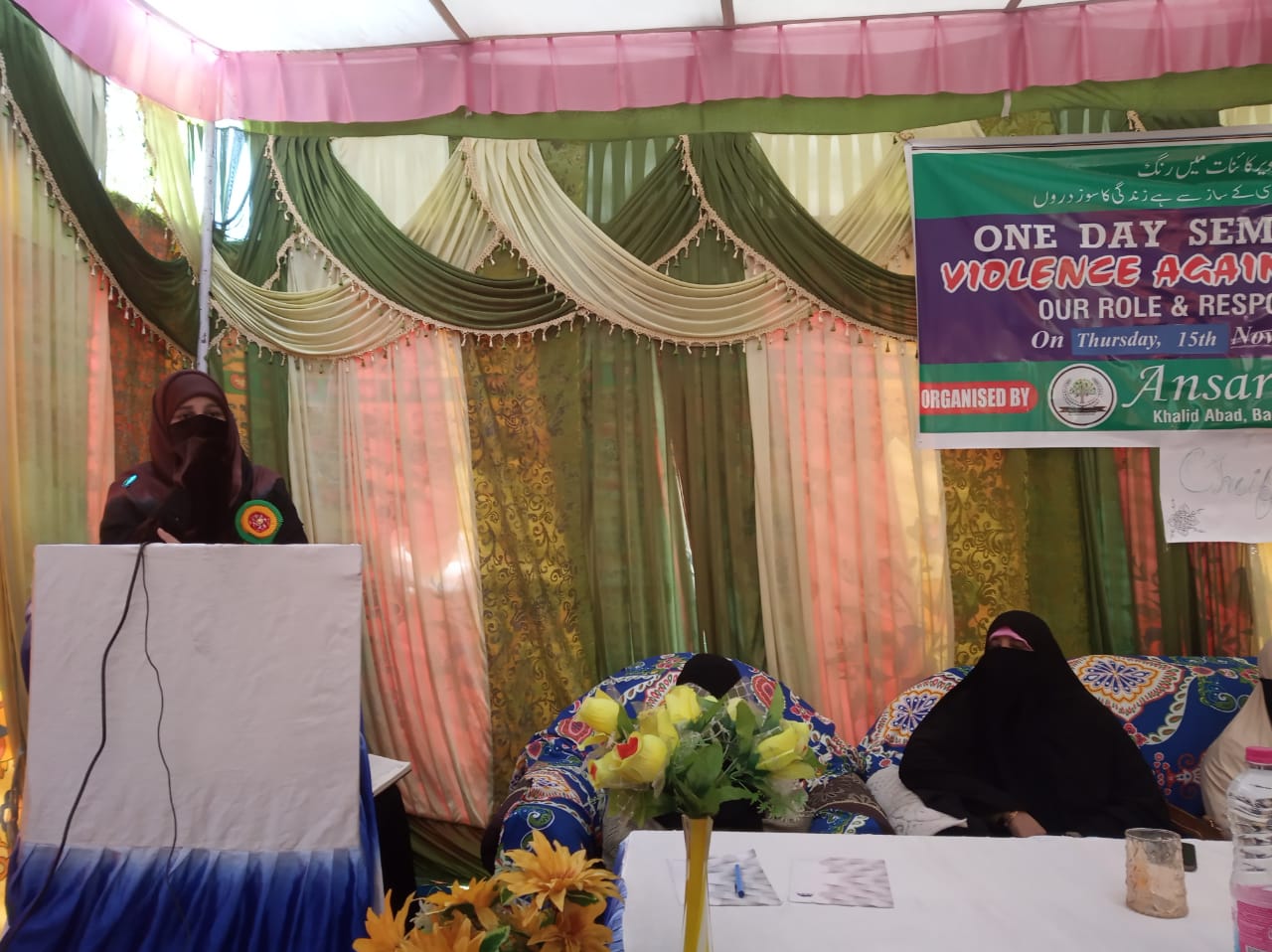 Ansar-un-Nissa strives to provide a platform where women from different walks of life and aspirations are given opportunities to learn, teach, share, inspire, empower others and themselves by identifying and exploring the true role of Women to benefit those they love and all of humanity hence ultimately please Almighty Allah.

Dr. Mubeena from Kashmir has been listed among the most influential 500 personalities in Muslim world. She is the second personality from valley to feature in the list after Mirwaiz Dr. Umar Farooq.

The list titled ‘The Muslim 500, The world’s 500 most influential Muslims, 2019’ was released by The Royal Islamic Strategic Studies Centre, an independent research entity affiliated with the Royal Aal al-Bayt Institute for Islamic Thought.

Dr. Roshan Ara, Women Studies Centre, University of Kashmir in her address highlighted the issues being faced by the women of Kashmir in the society and she lamented various cases of exploitation of women at the hands of women itself. She stressed the need of educating the women about its rights and duties also. 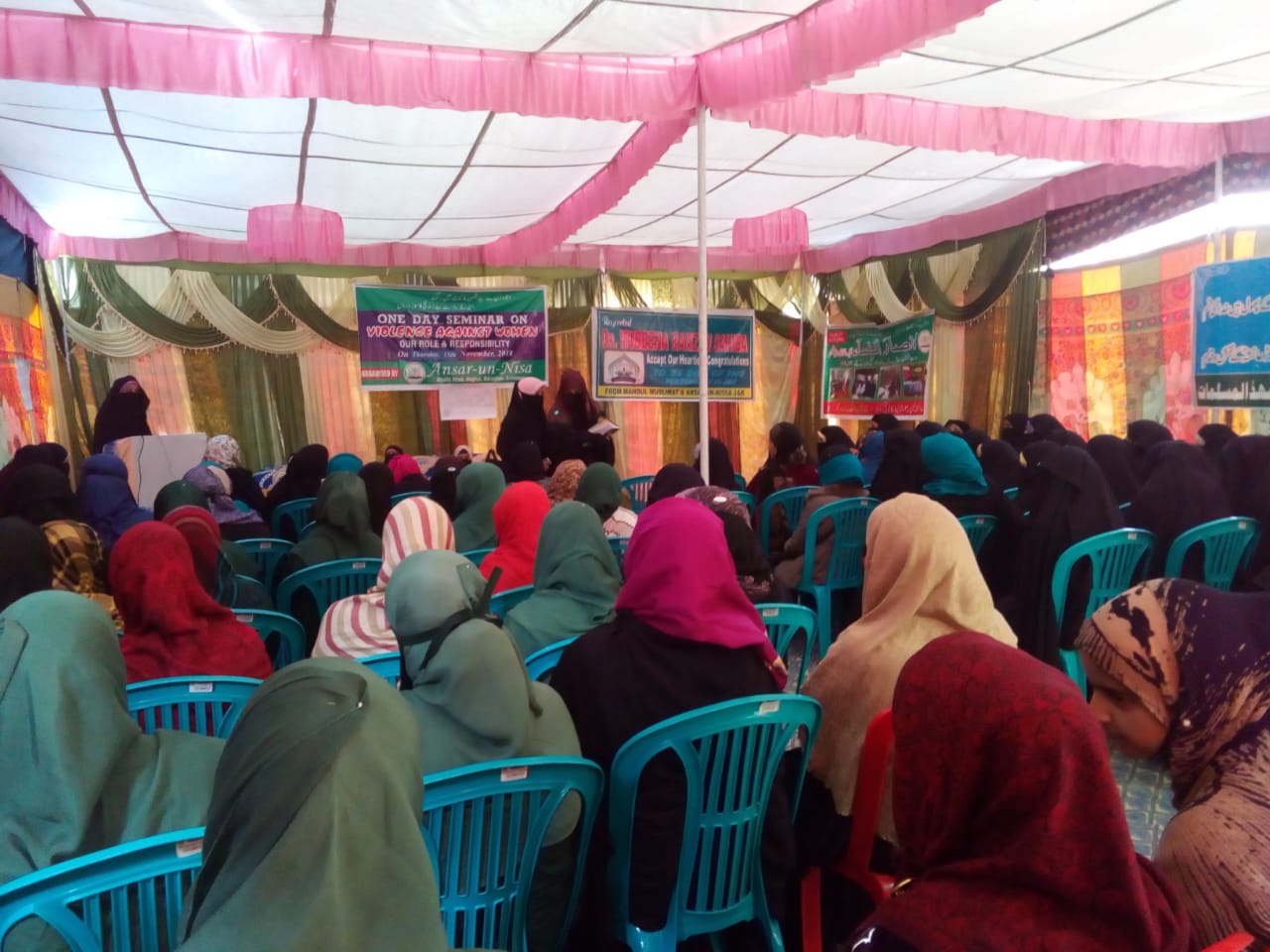 She extolled the role of women organization like Ansar-un-Nissa who come on the front for redrsesal of their issues themselves and pointed out that only women can change the thinking of women in right context.

“Issues of the women and its existence in the society cannot be put to the Government and its agencies alone to be dealt with but it’s the responsibility of every conscious stricken society to work to eradicate these evils and the women has to work on these on their own with the formation of empowerment avenues and organisation like Ansar-un-Nissa and work to help other women to get the share they so graciously deserves and has to be given access to for the overall development of the society,” Ara said.

“The education of the society has to equally divert to the men as equally as it is about the women. It is the education that has the power to teach the men along with women about ideas that prompt them to deal with the women.  Men have to be taught that instead of pointing fingers for every evil in the society at the women, their dressing sense, their living standards, ways and their conduct in the society they need to introspect themselves along in regard to these problem. It is the denial of the genuine space to the women that has created this evil in the society”.

Moreover one of the speakers said that “It is easy to appreciate and talk about the others talents and the time has gone for praises, it is time to adopt the roles. Gone are the days to talk about the events and histories. It is evident that time has come to encompass the values and the thoughts behind these events in our life.”

“Empowerment for the women is to walk out of their homes with dignity and self-respect, with a vision, with ideology and identity to guide them in every respect of their life,” she said.