Srinagar: US President Donald Trump said close ally Saudi Arabia and its king would not last “for two weeks” without US military support at a rally in Mississippi.

“We protect Saudi Arabia. Would you say they’re rich? And I love the king, King Salman. But I said ‘King – we’re protecting you – you might not be there for two weeks without us – you have to pay for your military,'” the president said to cheers at the rally.

Aljazeera reported that Trump did not say when he made those remarks to the Saudi monarch, but they come amid increasing oil prices in the US.

Saudi Arabia is the world’s top oil exporter and the de facto leader of the oil-producing bloc, OPEC, which has been criticised by Trump for high oil prices. 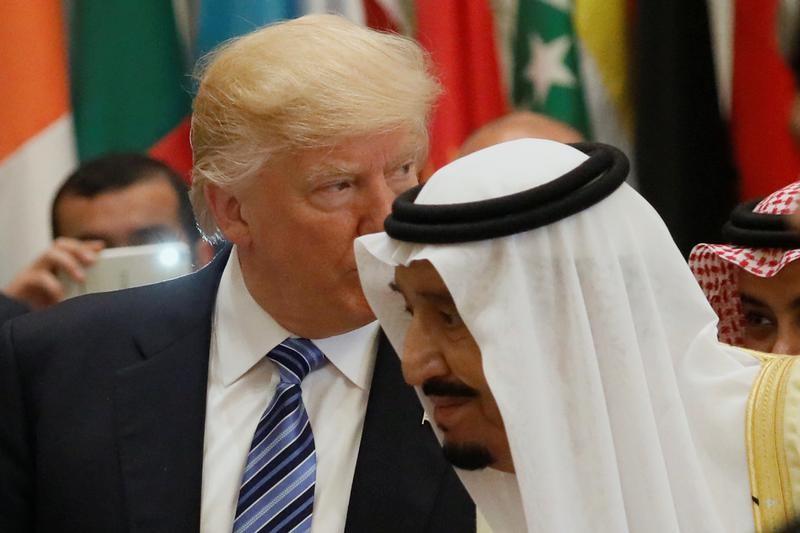 No further developments have surfaced from theKuwait meeting but media reports said the Gulf crisis was also on the agenda of the talks.

Speaking at the United Nations General Assembly in New York last month, Trump said OPEC members were “as usual ripping off the rest of the world”.

Oil prices are on the rise. A barrel of oil currently costs about $75, continuing a steady increase over the past year. The price per barrel was around $50 in October 2017.

The average cost of a gallon (3.78 litres) of petrol in the US was three dollars in May, according to AP. Despite the harsh words, the Trump administration has had a close relationship with Saudi Arabia, which it views as a bulwark against Iran’s ambitions in the region.

Trump made Saudi Arabia his first stop on his maiden international trip as president last year, shortly before Bahrain, Egypt, the United Arab Emirates and Saudi Arabia imposed a blockade  on Qatar, alleging support of terror organisations and decrying what they see as its close relationship with Iran.

Qatar has denied the allegations.

“We defend many of these nations for nothing, and then they take advantage of us by giving us high oil prices. Not good. We want them to stop raising prices, we want them to start lowering prices,” Trump said.

The US military was stationed in Saudi Arabia from the first Gulf War against Iraq in 1990 to 2003, when then-Secretary of Defense Donald Rumsfeld announced pullout.

The presence of the US military in Saudi Arabia, home to the two holiest sites in Islam – Mecca and Medina – was strongly objected to by most of the world’s Muslim population, according to opinion polls published by Gallup in 2009.

Qatar hosts the largest US military base in the region.

Trump has also pressed other US allies, such as Japan, South Korea and Germany, to take more of the financial burden of their defence.