Instead of putting house in order, HDFC threatens the Kashmir Press with legal action

The Kashmir Press firmly stands with its published stories, ready to face action of any nature 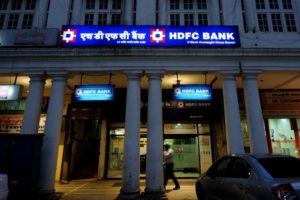 Srinagar: Instead of putting their house in order, the HDFC bank has threanted the Kashmir Press with legal action for carrying out the stories which have exposed the rot in the bank.

In a written rejoinder to the Kashmir press story titled, “Ex- HDFC bank manager spill the beans, says bank runs like “Sicilian mafia”; circle head, cluster heads are crushing meritocracy, promoting mediocrity,” the bank stated  that this very story including other ones published by the new outlet were not only “baseless but downright libellous”.

“Needless to say, they have caused immeasurable damage to our brand reputation and mental agony to our colleagues, particularly of Jammu and Kashmir, who have painstakingly built it over the years. It is evident the stories are fed by disgruntled elements who seem to have an axe to grind,” it stated.

“Instead of seeing through the malicious design, your publication has fallen prey to it, which is unfortunate. The least one would expect from a publication of your repute is to cross-check facts before publishing”.

Regarding the ex-HDFC managers sensational revelations, the bank stated that the ex-HDFC Bank employee by his own admission had sought re-employment with them.

“I am not sure why someone would do that if the organisation was so bad. We have proof that the said employee has been repeatedly seeking employment in our Bank,” the statement read.

“We are an equal-opportunity employer with employee-friendly policies and practices. However, we, like any good organisation including yours, also have systems to appraise performance of each employee”.

The bank demanded an unconditional apology from the Kashmir press or else threatened that it will be compelled to take legal action against your publication.

The Kashmir Press firmly stands with the stories carried out by the outlet regarding the HDFC which expose the administrative rot within the bank headed by circle head, Zubair Iqbal and his blue eyed six cluster heads.

Instead of introspecting and taking corrective measures to fix the responsibility, the bank has resorted to the usual public relations loose talk in its rejoinder by terming the story as “baseless” and “libellious”.

Nevertheless, the bank in its earlier release took cognizance of the stories and stated that it would investigate the facts reported by the Kashmir Press so as to reach the truth.

It is beyond our imagination what has changed in the course of time that the bank has to issue self-contesting release.

The Kashmir press reiterates that it firmly stands with its published stories and is ready to face the honorable court or any other platform where we have to prove our truthful position.

Regarding the sensational revelations by ex-HDFC bank manager, Noorudin, the bank statement has completely twisted the facts so as to further its own interests and protect its corrupt officials who have been crushing meritocracy and promoting mediocrity in the bank.

His shocking expose reveals that how the circle head Zubair Iqbal and his cluster heads created a condition where he had no other option but to leave the bank to attend his cancer stricken brother.

Noorudin’s confessions also exposed as to how Iqbal promoted current cluster heads like Wajida Tabasum, Happy Singh and Showket Nehvi, just because they were his “Yes men”. And people like him were left behind. How the blue eyed candidates were put in the bank positions which were already doing well so that a case is made to push them for higher posts? How people were forced to resign? And how toxic environment was build around experienced people where they were coerced to leave?

He also exposed the corruption in the bank where even purchasing of stationery was not spared and proxies were used to sell it on exorbitant rates.

Noorudin again applied in the bank, but he wanted the position out of Jammu and Kashmir. He did not want to be the part of the “rotten, stinking system” headed by the circle head surrounded by the flatterers.

It should be noted that he applied only after his brother and mother expired thinking that he would leave the J&K. Since he thought his ratings were high and he had immensely contributed to the bank, he would be reconsidered as Iqbal and his coterie of cluster heads would have forgotten their vengeance against him.

Despite he was an able banker, the circle head again back stabbed him, by not recommending him for the job. The human resource cell of HDFC bank headquarters was ready to take him after checking his bank ID and high performance.

Last not the least, The Kashmir Press is investigating more stories and talking to more people to fully expose the rot in the HDFC bank and its administration. It is also investigating cases about the customers who are closing their accounts in the bank owing to the controversies of various nature.

We intend to give more voice to the repressed and the voiceless employees of the bank through series of our ground breaking stories. We hope the bank will cooperate with us in giving their version of the story which usually they are unwilling to give.

The Kashmir Press Stories on HDFC

Other than the story on ex-HDFC bank manager, the Kashmir press did the series of stories.

The Kashmir Press reported that former and the present employees of the JK HDFC bank have claimed that many of their colleagues have been forced to tender resignations so as to make way for the blue eyed boys of the higher officials of the bank in the state.

It was also reported that in a bid to open fierce competition with its rival Jammu and Kashmir Bank, the HDFC bank has strongly instructed its employees to perform or submit resignations.

Besides, it was also reported that how circle head, Iqbal, crossed all the limits when he along with six other cluster heads humiliated, taunted and used bad language against their own branch managers if they failed to perform and generate good business.