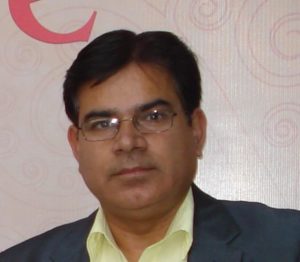 Srinagar: The ex- HDFC bank manager, Noorudin wani, who resigned from the bank after being coerced to do so by the HDFC Jammu Kashmir circle head, Zubair Iqbal and cluster head Showket Nehvi, said that the bank was running like a Sicilian mafia.

He also said the senior bank officials were crushing meritocracy and promoting mediocrity which according to them suited the personal interests of the senior HDFC circle head.

In a revealing interview, Wani also said that how the circle along with his coterie of cluster heads was coercing the employees, creating toxic environments leaving no option but to resign and make space for the blue eyed lieutenants of Zubair Iqbal.

“There is rot inside the HDFC bank administration headed by Iqbal. It stinks,” Wani said.

“Iqbal has built a coterie of yes men around him. They happen to be his cluster heads. They are least bothered about hard working employees inside the bank”.

Narrating his ordeal while working in the bank, Wani said he left the Jammu Kashmir bank in the year 2012 and joined the HDFC branch Nowgam, Srinagar.

“Our team worked well,” he said.

“We achieved the targets. Our bank generated the highest business among all the HDFC branches. Then I was transferred to head Pulwama branch which was too small at that time”.

As Wani started handling the affairs of Pulwama branch, suddenly hell broke loose and his brother, Mehrajudin Wani was diagnosed with the stage four Cancer.

“I had spent only nine months in Pulwama branch when out of blue I was asked to leave the bank. I achieved all the parameters and business targets set by the bank. I have got the appreciation certification from the bank as well as bonuses. My ratings figured at number 2,” Wani said whose ID with HDFC bank was N5454.

“But I told them to give me one single reason why I will be transferred. I told Iqbal and cluster head Showket Nehvi that my brother was diagnosed with cancer and it was difficult for me to travel between Bandipora and Nowgam on daily basis. They did not relent”.

The ex-bank manager had a small family then- a cancer ridden brother, an ailing mother, two kids and a wife.

“I was a lone man who had to look after his brother. They were brutal and did not pay any heed to my requests on humanitarian grounds,” Wani said.

“I told them please look at my ratings and performance and also my home condition, about my cancer ridden brother. If I have not worked well, give me reason of transfer. This tragedy could have befallen anybody.  They did not consider my case on even humanitarian basis. How can people turn so cruel?”

The ex-bank manager had a small family then- a cancer ridden brother, an ailing mother, two kids and a wife

The ex-branch manager said that both of them created a toxic environment when they failed to give him proper reason behind the transfer. He had no option, but to leave.

“I had left JK bank thinking HDFC was corporate bank. They were employee friendly and everyone had an equal opportunity to grow, but I was proved wrong. The circle head and his six blue eyed cluster heads only looked after their own personal interests. I still await the answer as to why I was not promoted in four years despite doing well and why was I transferred. Why my experience and hard work was not considered and compensated? I want to know why bank did not consider my plea on humanitarian basis when my brother was suffering from cancer. Please check my HDFC bank and reply. I am waiting”.

More than what meets the eye

The ex-manager said he knew that he was not transferred out of blue, but with a proper plan.

“The HDFC circle head, Zubair Iqbal and his coterie of cluster heads are running the HDFC bank like a Sicilian mafia,” Wani said.

“They have invented a new way to kill merits. When they think a person was steadfast and working hard and has the potential to supersede them, they transfer that very individual to a branch which has less business. This ultimately impacts his ratings and will create grounds for eviction of the employee from the bank”.

Similarly he said mediocre, close to Iqbal, make their way up when the circle head intentionally and in a planned manner puts him in a big branch generating good business so that his ratings automatically improve and he is promoted.

“One branch manager was working well in Hari Singh High Street, he was kicked out to Kargil where the business potential is low,” he said.

“Similarly, Iqbal and his coterie of cluster heads forced Younis Bazaz, who was then heading Zainakadal branch, to resign. Before joining the bank he worked with the Standard Chartered Bank Dubai. Another branch head, Nadeem muzaffar left his job at Mashriq bank in Dubai and joined HDFC. He was also told to resign. He left and now he is in Canada”.

I still await the answer as to why I was not promoted in four years despite doing well and why was I transferred. Why my experience and hard work was not considered and compensated? I want to know why bank did not consider my plea on humanitarian basis when my brother was suffering from cancer. Please check my HDFC bank and reply. I am waiting

On the other hand, Wani said the cluster heads of HDFC bank, having no proper qualifications and less experience were promoted out of turn as they were blue eyed men and woman of circle head HDFC bank.

“Cluster head Happy Singh was a scale 3 employee in personal lone section. Wajida Tabbasum was a teller authorizer. She is also a cluster head. Nehvi had a case against him involving the suicide of a girl in Sopore. He continues to enjoy his position,” Wani said.

He also said that those people who Zubair and his coterie want to protect, they do it.

“In the year 2017, under the very nose of HDFC branch manager Rajbagh, gold taken by the bank against the bank loan disappeared. Instead of taking action against the manager, Zubair and his coterie protected her”.

Corruption within the bank

The ex-bank manager said the bank should investigate how the stationery is acquired by the HDFC branches in Kashmir.

Wanted to apply again in HDFC

Wani said he wanted to apply in HDFC bank, but outside the state after his mother expired due to cancer.

“After my mother died and two years of continuous tending cancer patients, I thought I will not join the bank, but outside Kashmir,” he said.

“I talked to the human resources who were satisfied with my performance and grades. They told me to get a one line recommendation from Zubair. He dodged and did not give me”.

Why HDFC employees do not speak against injustice and foul play?

“They won’t do it despite facing humiliations,” Wani said.

“It happens because Iqbal has cleverly put his own men and women at higher position who survive only by his blessings. Their qualification, especially of cluster heads, is only due to his ashirwaad. If the employee will talk, Iqbal and his coterie will swing into action. They will create environment where you will be forced to resign or they will simply ask you to resign”.

“As The Kashmir Press has started reporting about this grave issue, I am sure more HDFC ex employees will approach in coming days to tell their stories”.

The Kashmir Press contacted the local press relations office of the HDFC bank who did not responded despite repeated reminders.

The Kashmir Press has already reported that former and the present employees of the JK HDFC bank have claimed that many of their colleagues have been forced to tender resignations so as to make way for the blue eyed boys of the higher officials of the bank in the state.

It was also reported that in a bid to open fierce competition with its rival Jammu and Kashmir Bank, the HDFC bank has strongly instructed its employees to perform or submit resignations.

Besides, it was also reported that how circle head, Iqbal, crossed all the limits when he along with six other cluster heads humiliated, taunted and used bad language against their own branch managers if they failed to perform and generate good business.