‘Employees worried over their future career, regret joining the bank’ 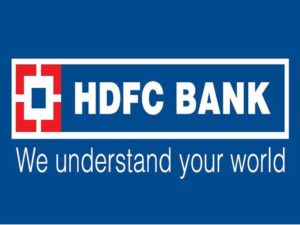 Srinagar: Opening the new cane of worms, the former and the present employees of Jammu Kashmir HDFC bank said many of their colleagues  have been forced to tender resignations so as to make way for the blue eyed boys of the higher officials of the bank in the state.

The employees said that forced resignations  by the bank has become a routine as it is being widely used to coerce the  HDFC  employees “to do more”.

The employees said the  HDFC bank head, Zubair Iqbal, has invented a proper procedure wherein he first lures employees from JK bank by offering them higher wages, then assigns them work, and later after they successfully complete their business target, he creates a toxic environment to flush them out.

“I worked for almost six years as a branch manager in the HDFC bank,” a former employee, told The Kashmir Press.

“It is a build-up. After the banks exploits you, it creates a toxic environment so that you have no option but to leave the bank”.

“You wont believe many of the blue eyed boys who were elevated have pending audits against them. Their only qualification for elevation was that they had blessings of Iqbal,” the former brnach manager of the bank said.

“We understand the corporate culture, but it was too much worse. HDFC bank in Kashmir is a one man show led by  Zubair Iqbal. He made our finest boss Mr Atif to resign because he thought he might supersede him. He does not want that able people should rise as it would jeopardize his own position”.

The employee said his conscious did not allow him to dupe the customers. Coupled with the toxic environment created by Iqbal and his coterie, the former branch manager said he was compelled to call it a day.

“They used to be very abusive on conference calls,” the employee said.

“Nobody can tolerate bad mouthing. Yes, they can speak about work and performance. But can not treat employees as the slaves of dark ages”.

“They asked us to do things which were detrimental for the customers. We can not speak lie to them. My conscience did not allowed me to continue. So I resigned in January 2018”

A group of employees, who still work in the  HDFC banks, said that the height of nepotism was such many of the people were shunted outside Jammu and Kashmir by the JK HDFC head.

“They were shunted out from  HDFC on the instructions of Zubair Iqbal,” the employees told The Kashmir Press.

The employees said seasoned bankers who gave their sweat and blood for the bank were used like tissue papers and then dumped by the bank.

“When they hired people from JK bank, they sold the credibility and brand of the JK bank to the HDFC customers. And when the managers did their work, they were asked to leave or were shunted out of the state”.

“One person was demoted and then sent to Kargil branch. It was a punishment posting. Another was shunted out to Mumbai where he performed well and was promoted”.

Menawhile sources within the bank said a manager from the Parigam HDFC bank, Syed Bashrat Bukhari has also been put on- Performance Improvement Panel (PIP)- till August 30 and afterwards he has been asked to tender resignation.

“He was attached by Iqbal to Hari Singh High street branch where he has to work under another manager. How he will show improvement in his business even if we go by the bank version. It is happening since Iqbal wants an excuse to show he is not working well. He wants to shunt him out to get his another blue eyed man. This is the height of insanity”.

The employees said that Zubair is supported by his coterie of six cluster heads, allegedly all of them blue eyed men and woman of the JKHDFC head, who are making things worse for the employees,

Last year a Sopore girl, working with the HDFC bank, committed suicide. In her suicide note she said she was ending her life since their cluster head Nehvi  was pressurizing her all the time to get more business.

Despite contacting the local public relations office of the HDFC bank, the Kashmir Press did not get any response.

The firing of the employees and toxic environment within the bank seems not to be justified as the bank was generating good business and expanding in Jammu and Kashmir.

The HDFC bank recently it opened its 74th branch in the state as part of its expansion plan.

Earlier The Kashmir Press has reported that in a bid to open fierce competition with its rival Jammu and Kashmir Bank, the HDFC bank has strongly instructed its employees to perform or submit resignations.

It was also reported that the HDFC bank Jammu Kashmir head, Zubair Iqbal, crossed all the limits when he along with six other cluster heads humiliated, taunted and used bad language against their own branch managers if they failed to perform and generate good business.

Iqbal along with his cluster heads resorted to name calling of their managers, used abusive language, racist remarks, and went on to the extent of asking one manager to commit suicide.