Indonesia: In a revenge attack of its kind an Indonesian village went on a killing rampage of crocodiles, slaughtering 292 of them for the death of a man killed by a crocodile.

The villagers were armed with knives, hammers and clubs, an official was quoted by Aljazeera report. 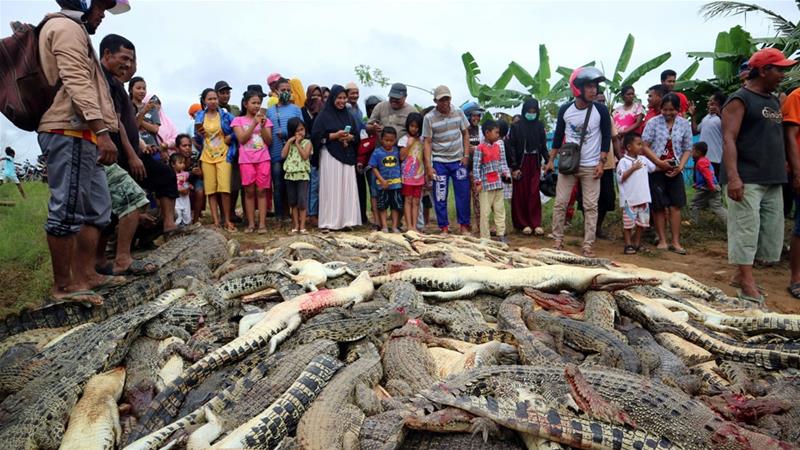 Photographs released by Antara news agency on Sunday showed a large pile of bloodied crocodile carcasses in the Sorong district of the eastern Indonesian province of West Papua.

The report says that the victim of the crocodile attack had entered the crocodile farm and was likely picking grass for animal feed.

After the burial of the man on Saturday, villagers entered the farm and killed all the crocodiles, said Manullang.