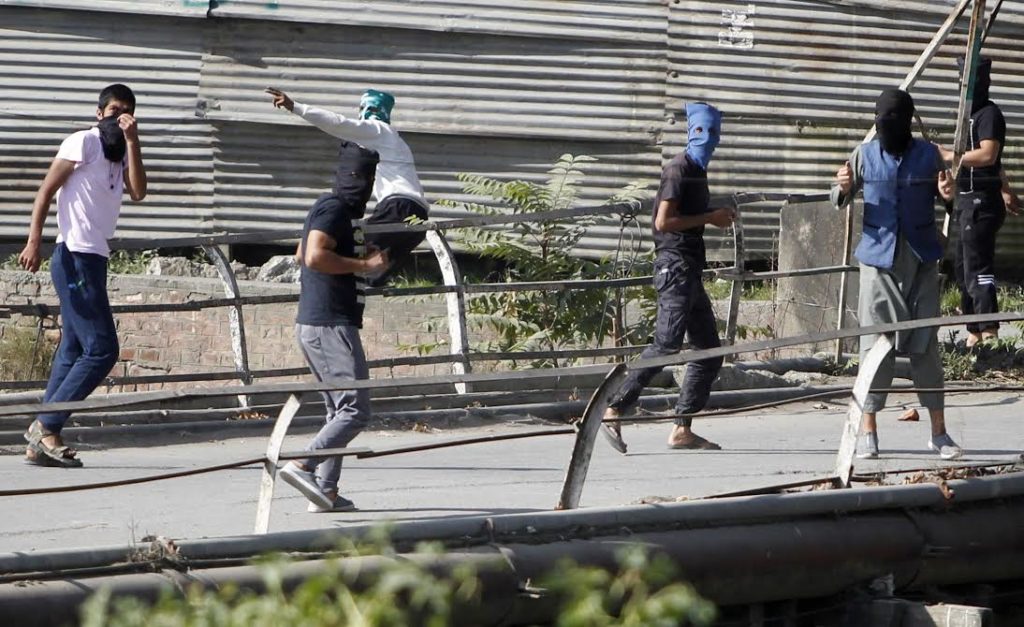 Srinagar: Police fired tear smoke shells and resorted to pellet guns to disperse protesters at Barzullah here on Saturday seeking the body of the local youth who according to them was killed in Kupwara yesterday.

On Friday, the army claimed to have killed an unidentified militant in an encounter at Tunga Top forest area of Kachama.

Reports said that family was informed by some anonymous caller that the youth killed in Tunga Top forest area of Kachama in Kupwara was their kin identified as Mudasir Ahmad Bhat (31) son of Ghulam Ahmad Bhat of Nasti Mohalla, Old Barzullah.

Mudasir went missing in 2016 and the family feigned ignorance about him joining the militant ranks.

As soon as the family was informed three of its members went to Kupwara and met concerned police officials enquiring about the man who was killed in the woods of Kachama on Friday.

One of the family members of Mudasir here said that police informed them that the slain has been buried at NK Gali area of Jumgund forests late last night after conducting the post-mortem and carrying out other legal formalities.

“We have been told to carry out legal formalities to seek exhumation of the body and subsequent DNA test for identification purposes,” the family member said.

A police officer concerned also confirmed to GNS that the slain was buried at NK Gali area of Jumgund forests along the Line of Control (LoC) late Friday night.

Soon after the news spread in the Barzullah locality, scores of youth took to streets and staged protests, seeking the body of the slain.

Senior Superintendent of Police Kupwara, Ambarkar ram Dinkar when contacted said that search operation in the Kachama forests was going on and once it is completed only then he can speak about it. (GNS)