Sopore prisoner released after 8 years: ‘World has changed, my son even could not recognise me’

‘Tihar is jail within a jail’ 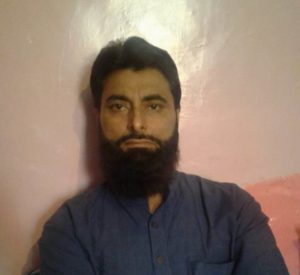 Ghulam Jeelani was released after 8 years

Srinagar: Eight years after Ghulam Jeelani of Sopore finally walked out of Tihar Jail a free man, an unusual scene greeted him at home.

His 8-year-old son Jasarat refused to get into his lap and his 14-year-old daughter Masooma was finding it hard to recognize the man who had spent all that time away in prison.

On 17 January 2011, Jeelani was arrested for running a Hawala (illegal money transfer) racket presumed to be funding Hizbul Mujahidin.

He was subsequently lodged in Tihar Jail.

On March 3, 2012, the court had framed charges against four accused men, including him, under various sections of the Unlawful Activities (Prevention) Act.

Jeelani, now 48, described a day spent at Tihar as equal to one year.

“It is a jail within a jail; you are suffocated there,” he said.

Jeelani maintains his innocence and insists that he only pleaded guilty because of the faulty Indian judicial system.

“If I had not pleaded guilty, I would have spent decades in jail without a proper trial,” he said.

“It was injustice; at times eye witnesses refused to come forward, other times the lawyers would skip the hearing. If I had allowed this to continue, the case would have been solved only after my death”.

He added that he was left with no option but to plead guilty to a crime he had not committed.

The seven and half years in Tihar were not easy for Jeelani.

“The food was bad, and I fell ill inside the jail. As an asthmatic, things were even harder for me,” he lamented.

Other than the conditions inside the jail, what bothered Jeelani the most were the police from Tamil Nadu posted in the jail.

“It was the hardest thing for us, because they literally understood nothing. Nor did we understand what they were trying to say. They spoke no language other than Tamil. It was very hard to get our pleas heard. They were simply inhumane and could not understand any language of humanity,” he recalled.

During his jail time, things had changed drastically back at home.

Not only did his children grow up and could not identify him, he also lost many of his family members, including his father.

“I lost my father, my maternal uncle, and two other uncles. Everything has changed since I was here last. It feels like a new world without my loved ones in it,” he said in a low voice.

Jeelani rued that he was not even granted interim bail when his father passed away a year ago.

“Everyone except Kashmiris is awarded interim bail. In fact, many at Tihar were allowed out when they had lost loved ones, but not I,” he said.

Jeelani feels that life will be a real challenge for him in the future.

“I worked as a medical representative and had a small outpost in a rented shop, but everything is gone now. I don’t know what to do now,” he said.

He said that his wife had to fight a lone battle all the years he was away.

“Nobody came to help my family. My son was only 6 months old, and my daughter was in class 3, and my wife had to fight a lone battle all this while,” Jeelani complained.

“I rented out rooms in my house to feed my family. I had no other option,” said Jeelani’s wife Tabasum.

As part of the government’s amnesty programme for political prisoners and after eight years of incarceration, Jeelani, along with Muhammad Sidiq Ganaie  and Farooq Ahmad Dagga, were  recently released from Tihar Jail.