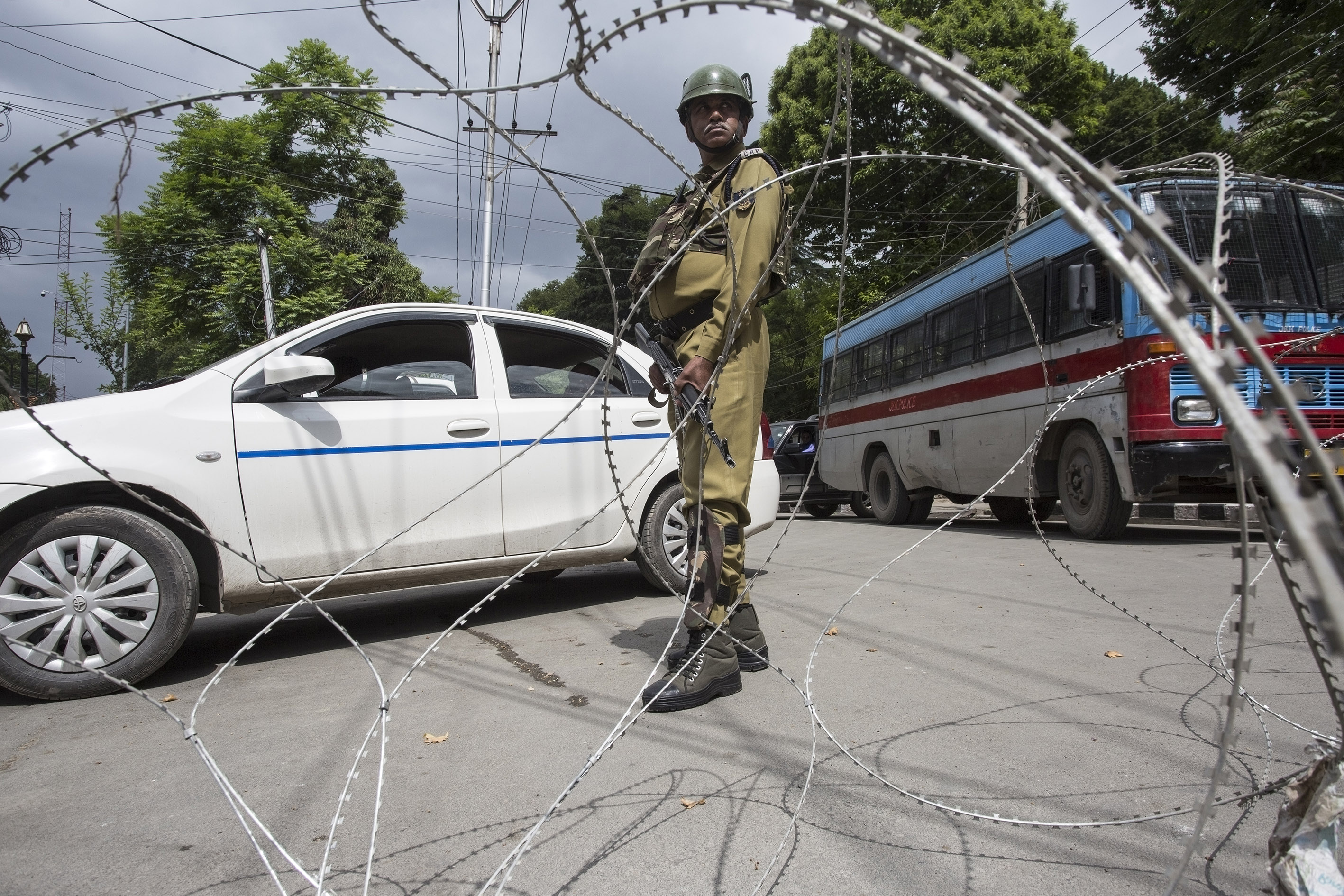 Srinagar: Following the rise in rifle snatching cases in the capital city Srinagar, police has started reassessing the security situation and have cautioned guards to be more alert while performing their duties.

Deputy Inspector General (DIG) Central Kashmir, Vidhi K Birdi, while talking to The Kashmir Press about the rise of rifle snatching cases in Srinagar and the precautions taken thereafter, said “the guards have been given special instructions and precautionary measures to prevent any incidents hereafter.”

He said that the guards have been asked to be very alert and attentive while performing their duties to prevent any further incidents.

“The precautions are secret and I would not like to make them public,” DIG said.

“Every section of the force has been given instructions to be alert and attentive to prevent the snatching,” Birdi said.

When asked why the cops on duty have not shown any kind of resistance to the snatchers, he replied “during the Dalgate case, the cops were not present; later when they saw the rifles were missing, there was nothing to resist.”

“Similarly, in another case that took place at Kashmir University, the cop was manhandling the militants but they overpowered him and fled away with his service rifle,” he said, adding “in Hyderpora they also showed resistance to the militants.”

Another police official said that they have dispatched special teams who are assessing the security arrangements for the guards deployed in security duties.

“They are assessing their shelters and arrangements so that snatching incidents are avoided in the future,” official added.

In the past few weeks suspected militants have attacked at three places in Srinagar and decamped with the eight service rifles of the cops posted there as guards.

On April 25, suspected militants snatched four rifles from policemen guarding the Goripora police post in the Hyderpora area on the outskirts of Srinagar.

The incident took place when a group of militants barged inside the police post outside a temple in the area and snatched all four rifles of the four policemen manning it and then fled from the spot.

The police in a statement said that the policemen whose service rifles were snatched were part of the JKAP 13 battalion.

Sources said that the militants took away an Insas rifle, one carbine, and two SLRs (self-loading rifles).

On May 16, unknown persons snatched a rifle from a policeman at Kashmir University in Hazratbal, after overpowering a policeman posted at the Rumi Gate of the varsity. and fled with his rifle.

The third of such incidents took place on May 17 when suspected militants fled with the three service rifles of the policemen posted as guards at a hotel at Dalgate.