Only Modi has strength to take people out of present situation: Chief Minister 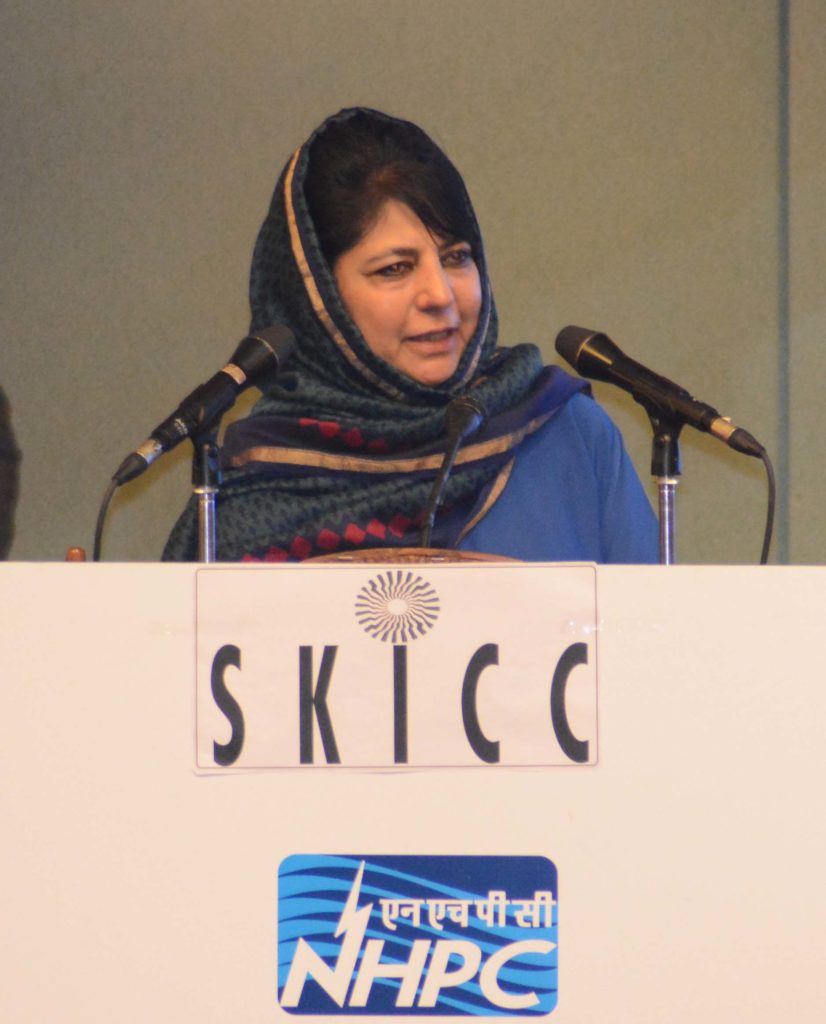 Chief Minister Mehbooba Mufti has said that only Prime Minister Narendra Modi has the strength to move on and take people of Jammu and Kashmir out of the present situation.

Mufti enumerated several initiatives taken by the Prime Minister which he took to normalise relations with Pakistan in the past.

While addressing a gathering on the occasion of inauguration of 330 MWs Kishenganga Hydro Electric Project and foundation laying of Srinagar Semi Ring Road project, the Chief Minister said the Agenda of Alliance (AoA) of the present government has emerged as a consensus political document in last 70 years to redress the issues and problems facing the state in a democratic way.

“When you (the Prime Minister) and late Mufti sahib drew a roadmap for the State, it gradually became a consensus political document to redress the issues facing Jammu & Kashmir”, she said adding that AoA has incorporated everything which it takes for redressing the issues of the people of the State.

“Be it rehabilitation of refugees, opening of cross LoC routes, dialogue, opening of Sharda Peth, compensation of Indus Water Treaty losses, it has everything in it”, she said while pitching for moving forward on its speedy implementation.

Being a sensitive State, Mufti said, political narrative always over shadows the developmental narrative and as such needed to be looked accordingly.

“It certainly is a big step which needed courage and you have amply displayed that. Not only the political parties, every person in the State is grateful to you for putting the balms on their wounds” she said.

Mufti said that the people of the state are ready to walk ten steps on the road to peace so that they get out of the quagmire of violence.

Mehbooba hoped that Modi would continue his efforts to find a lasting solution to the pain and wounds of the people of Jammu & Kashmir.

“The step taken by the centre has raised hopes and faith of state’s people in the statesmanship of the prime minister,” she said.