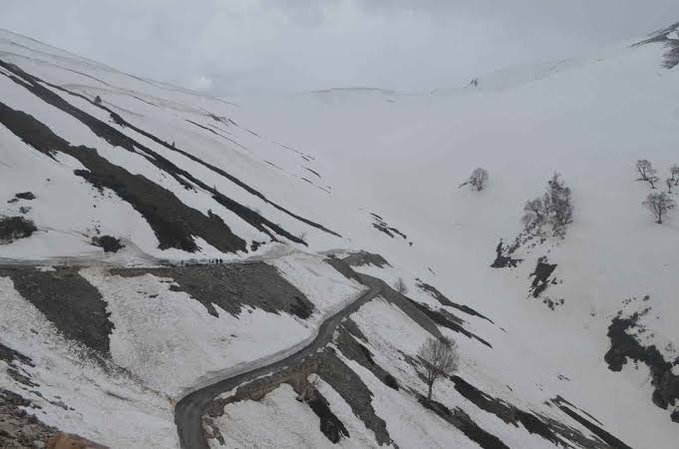 Srinagar/Jammu, Nov 14: Snowfall on Monday forced the closure of Srinagar-Leh highway as well as historic Mughal road, connecting twin districts of Poonch and Rajouri with Shopian.

A traffic department official said that Srinagar-leh Highway was closed amid snowfall around areas of Sonamarg.

DySP Traffic Rajouri-Poonch Range Aftab Bukhari said that the historic Mughal road was closed following snowfall in Pir Ki Gali and other areas along the thoroughfare.

Meanwhile, Jammu-Srinagar was through for the traffic when this report was filed. Sources said that it was raining at several places along the thoroughfare.