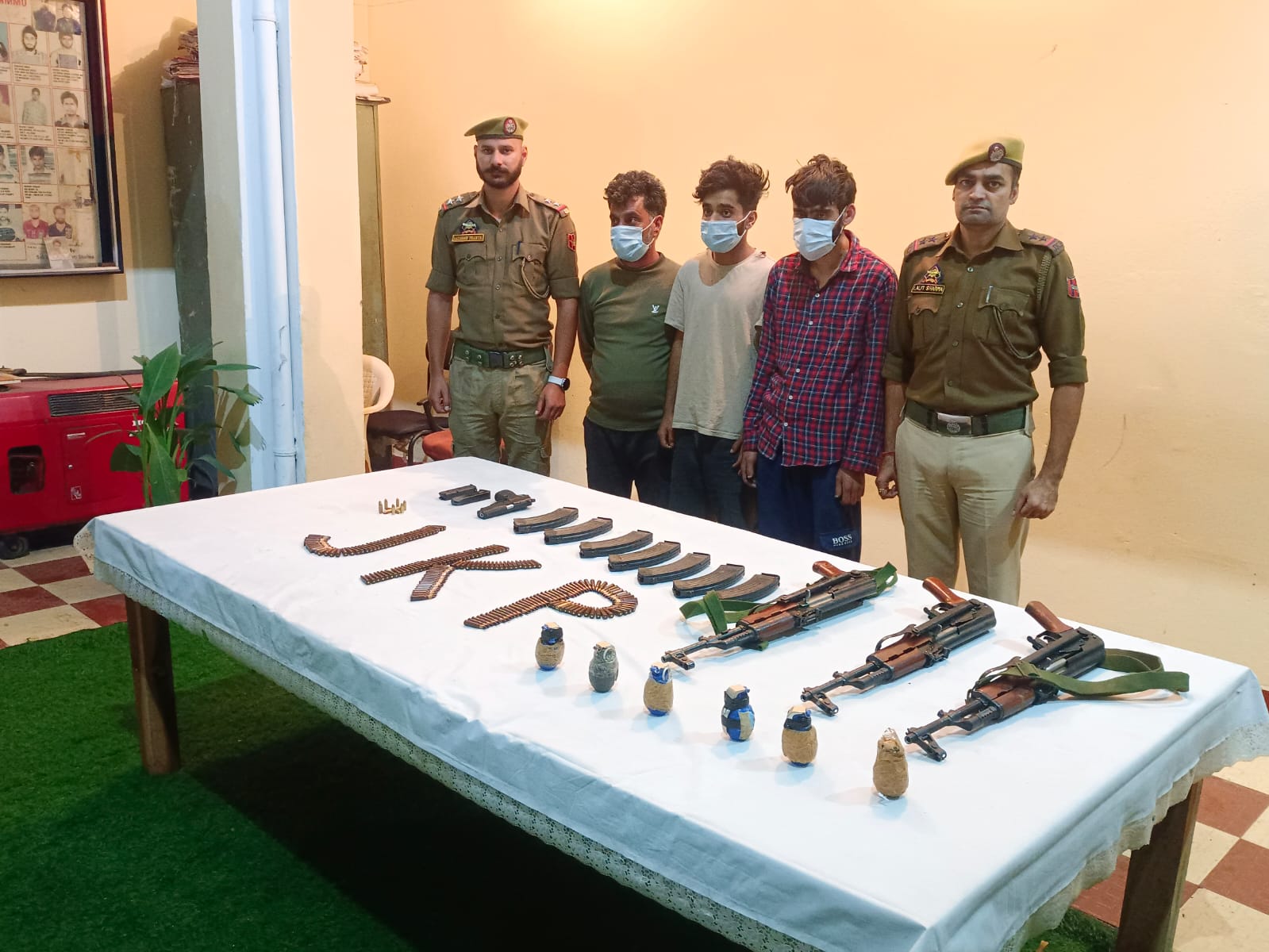 Srinagar, November 09: Police on Wednesday claimed to have busted a militant module by arresting three persons including two militant associates in Jammu district.

In a handout, the police said that during intervening night of 8/9 November Police party of Police station Trikuta Nagar was clearing the traffic on National highway.

“During the said exercise an oil tanker bearing registration number JK02BF 2965 stationed at Narwal was asked to move forward. The same truck again stopped at near Environment Park. The patrolling party of concerned Police station when again asked to move forward, the driver took a U-Turn and again stopped the truck at the initial point i.e Narwal,” the statement reads.

This time while de-congesting the area, it was noticed that it is the same truck which was asked earlier also to move forward. On questioning the same, the driver rather than giving a satisfactory answer the driver and  two of his associates entered into a scuffle with the Police party, the police said.

The police spokesman further stated that on this the Driver along with two associates were taken to the Police station and an FIR no.284 U/S 353 was registered in police station Bahu Fort.

After the legal formalities, a signal was sent to the concerned Police stations of the accused regarding their involvements in any other case so as to know their antecedents.

“On this it came to the notice that the driver of the truck is involved in a ULAP case in Awantipore. He is also a close associate of JeM as per the report of the concerned Police station,” spokesman said.

On this, suspicion arose and the Police party started questioning about the reason behind the unusual behavior last night and to know about the association with the terrorists, if any.

After sustained interrogation the driver Mohd Yaseen disclosed that they have come to Jammu to pick up weapons on behest of Shahbaaz, a handler of JeM who is in Pakistan and was asked to handover to a militant in Valley.

He also confessed that he has concealed a consignment of arms and ammunition in the oil tanker, spokesman said.

Upon this the tanker was again searched in presence of a magistrate and the recoveries made thereof include – 3 AK-56 rifles, one pistol, 09 Magazines in number, 191 rounds of ammunition, 6 Grenades.