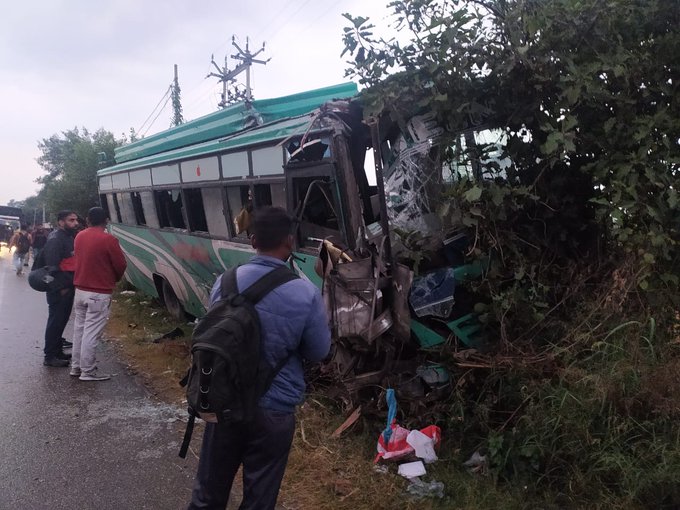 Jammu, Nov 9: Three people were killed and sixteen others injured in an accident between two buses in Kathua district on Wednesday.

Official sources said  that at around 04:30 P.M., a mini bus hit another from behind near Nanak Chak area, leading to the death of three people on the spot and injuries to sixteen others who have been hospitalized. The two buses bearing registration numbers—JK02AP-5095 and UP14FT-3267—were going in the same direction—towards Kathua side, they said.

SSP Samba Dr Abhishek Mahajan confirmed the death of the three people and said that seven among the injured have been shifted to GMC Rajouri for specialized treatment. Police have registered a case and started investigations into the incident, he added. gns