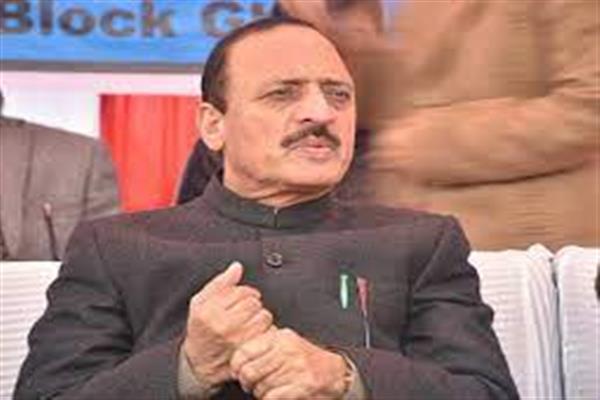 Srinagar, Nov 05: In a major setback to the Peoples Democratic Party, former minister and senior leader Advocate Abdul Haq Khan on Saturday resigned from the basic membership of the party.

In a statement, Khan said that due to the current political situation in Jammu and Kashmir, he had suspended his political activities and today onwards he has no association with his previous political party PDP.

He added that his statement should be considered as his resignation from the basic membership of the party.

Khan, who was the general secretary of PDP and member of the state executive committee, because of the changed political situation post August 05, 2019 and bis failing health, he had already suspended his political activities.

“Four years ago, many changes took place in the situation of Jammu and Kashmir, and the entire political landscape changed. I thought there was nothing left for me to do. And I didn’t even feel the need to publicise my disengagement with the politics,” he added.

He further said that technically, he was a part of the PDP during this time, but the party has nominated his replacement in my assembly constituency.

“This has given rise to a number of rumours and speculations, which hurt my family and well-wishers. To put these speculations to rest, I decided to publicise my resignation from the party,” he said.