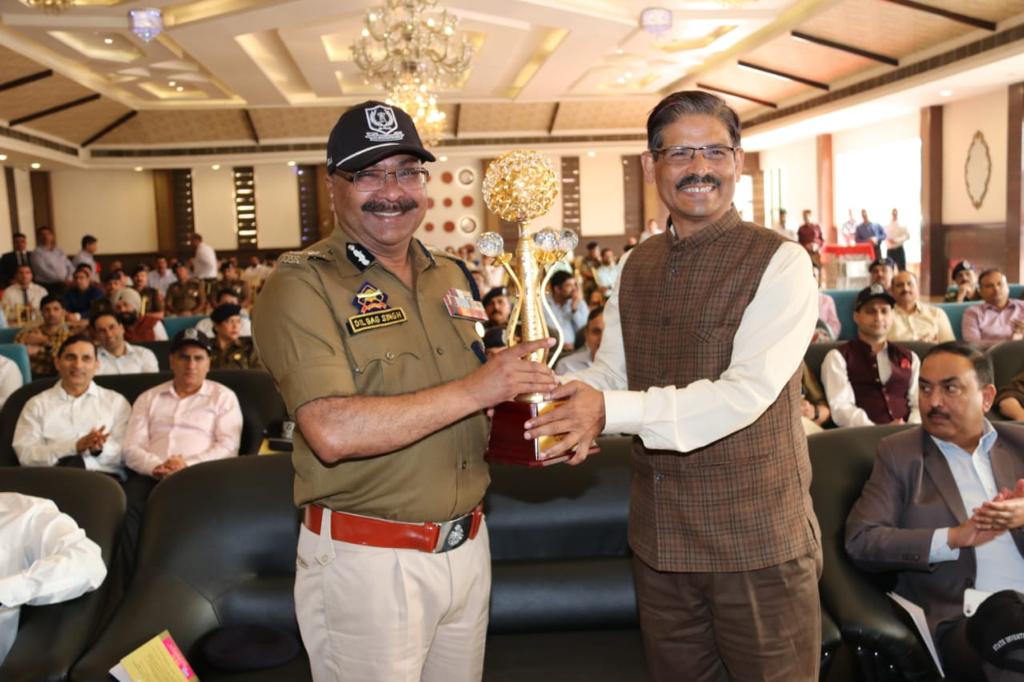 Jammu, Nov 01: The first Raising Day of State Investigation Agency (SIA) of Jammu and Kashmir Police was celebrated on Tuesday at Miran Sahib, Jammu. Director General of Police (DGP) Dilbag Singh was the chief guest and Spl. DG CID J&K R R Swain was the guest of honour on the occasion.

On his arrival, the DGP was received by Spl DG CID J&K R R Swain and other senior officers and was presented guard of honour.

At the very outset of his address, the DGP congratulated Spl DGP CID and all the officers and Jawans of SIA on completion of an eventful first year. Normally somebody celebrating its first birthday would be walking with difficulties but this wing is rather running that shows the energy and enthusiasm of the officers and the leader of the SIA, the DGP said.

“A year ago we were having NIA as National Investigation agency to supplement the investigation process in terror related cases in Jammu and Kashmir but today it is a pleasure to say that we have SIA,” he said, adding that it is itself an achievement that this wing has been able to earn name in very short period of time.

He said that during its first year of working, the SIA has investigated 450 cases of special nature with the overall disposal rate of 65% for which he complimented all the officers of the unit. He said that in addition to this J&K Police has created new investigation units at district level called SIUs (Special Investigation Units) and added that these units too would complement and supplement the investigation process of UAPA cases.

Singh said that PHQ is providing all possible support to strengthen this wing.

In his address, the Spl DG CID R.R Swain thanked the DGP J&K for gracing the event. He complemented the enthusiasm and energy of the SIA teams who he said are doing excellent job with extreme dedication & professionalism.

He said that the proposal of highlighting and underlining the good work of SIA is an initiative to remind ourselves about our responsibilities and reach to the wider family of J&K Police to boost the morale and energy of the organization.

Swain said that this time there is a record low militancy in Jammu and Kashmir. He said that some people are more dangerous than the man holding the gun as they as providing logistic, financial, ideological support to militancy as an ecosystem is much more dangerous.

He said that “we need to address the ideology which is actually working as the operating software to the entire campaign of terrorism adding that it is a hard task but not impossible.”

The vote of thanks was presented by IGP CID M N Tiwari. SSP SIA Jammu Shiv Kumar also spoke on the occasion and gave detailed insight about the coming into existence of SIA and its working. In the beginning of the function one minute of silence was observed in order to pay homage to the brave martyrs of J&K Police