‘People have to support the govt in establishing peace. Security Forces can’t  do it alone’: LG Sinha 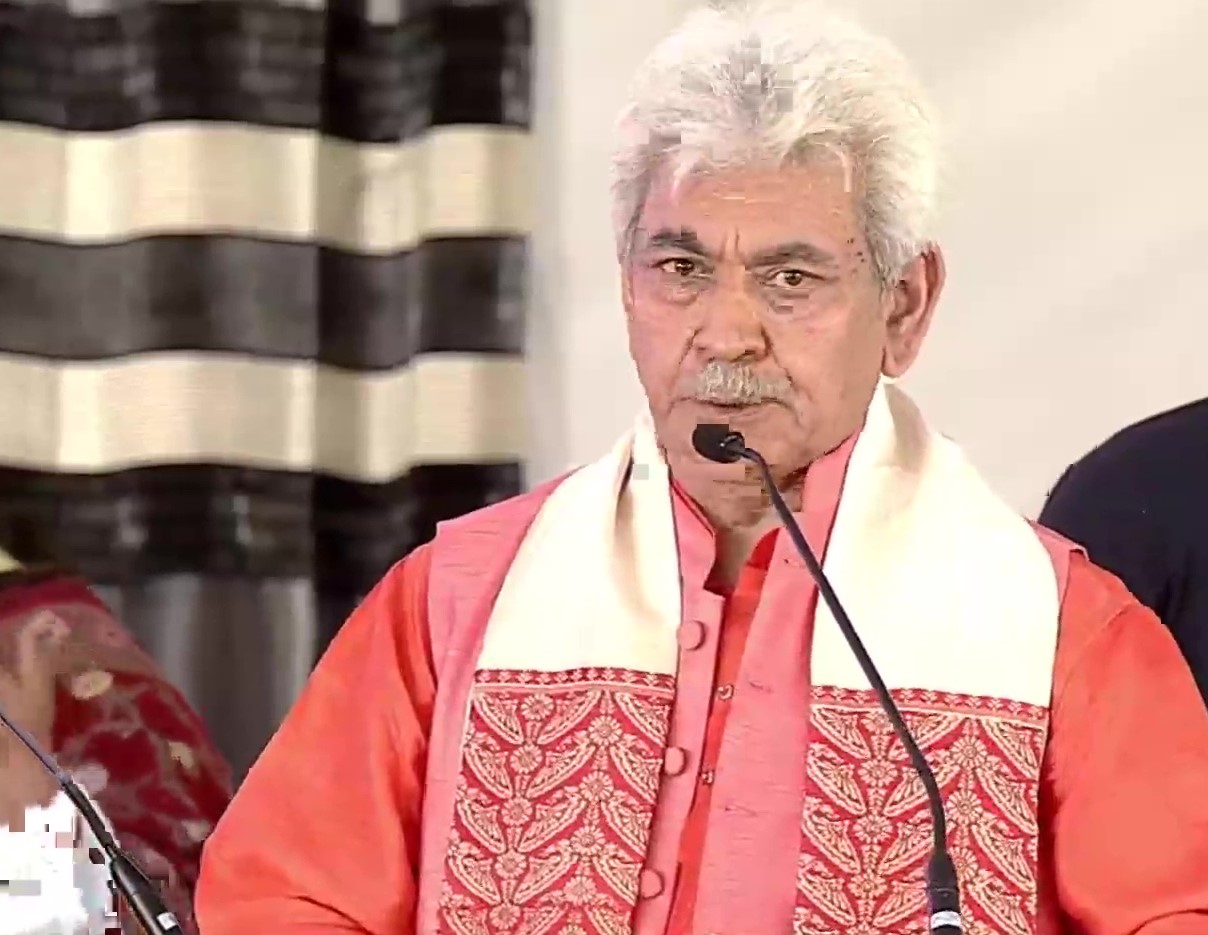 Srinagar, Oct 30: Jammu and Kashmir’s Lieutenant Governor Manoj Sinha Sunday said people should help administration to ‘establish peace’ since ‘security forces alone can not do it’.

“Peace is a must for development. People have to support the government in establishing peace. Security Forces can’t  do it alone,” he said. He said some people try to disrupt the peace by killing innocent people to give the impression that whatever was happening in the past 30 years was the way forward. “Let me put it on record violence leads to nowhere. Kashmir is changing and tourists are coming in large numbers while a record number of flights are flying from both Kashmir and Jammu airports,” he said.
He said anti-peace elements always try to destabilise peace by killing innocents and some try to do it by “making unjustified statements” which leads to disruption of the peaceful atmosphere. “Law will take strict action against those making statements that vitiate peaceful atmosphere,” he said.

He said that exams conducted by the Service Selection Board (SSB) that were cancelled by the government and will be now held afresh in the month of November and selection will purely be based on merit.

Addressing a function at SKICC here, Sinha said that gone are the days when jobs were sold on roads and streets of Kashmir and Jammu. “We cancelled the exams conducted by the SSB after allegations of irregularities and ordered a CBI inquiry. Some arrests were made and more are likely to be made,” he said. “All the cancelled exams will now be held afresh in November.” He said that all three exams cancelled will be held in November.
He said gone are the days, when jobs were sold on roads and streets. “Now only merit will speak,” the LG Sinha said, adding that in the past three years, 30,000 youth got jobs.
He said, there is no denying the fact that every one can’t get a government job and that’s why the administration started self-employment schemes. “In the past three years, over 5 lakh youth were provided a chance of self-employment,” he said.
He said that the government is conducting the B2V programs under mission youth and providing a chance to 20 youth in every program to learn the skill development. The LG said that J&K is witnessing a change and every individual has to play a part. He said that some people who ruined the lives of thousands of people in J&K in the past 30 years never saw their own children suffer in any way.