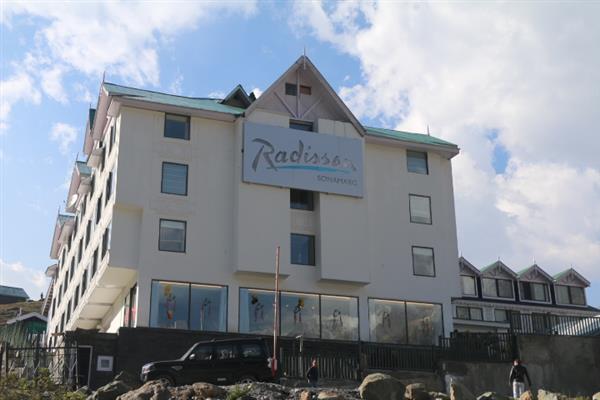 Owned by the renowned hotelier Mushtaq Chaya said  that the hotel will offer world-class facilities and infrastructure and will give people high-end experience . The hotel was opened by Senior National Conference leader and former minister Mian Altaf, while several other dignitaries were was present, he said.

He also said that they are associating with leading groups across the country and abroad to promote Kashmir as brand along with other destinations in J&K. “By expanding footprints in markets outside the state, it’s our plan to promote tourism potential”, he said.

“We would like to heartily congratulate the Chaya Group of Hotels on such a grand opening at the famous tourist destination at Sonamarg,” Jammu and Kashmir Waqf Board Chairperson Darakshan Andrabi said.

Meanwhile, the grand opening of hotel Radisson has received encouraging reviews from the hospitality sector