Man held With Arms And Ammunition in Karnah: Police 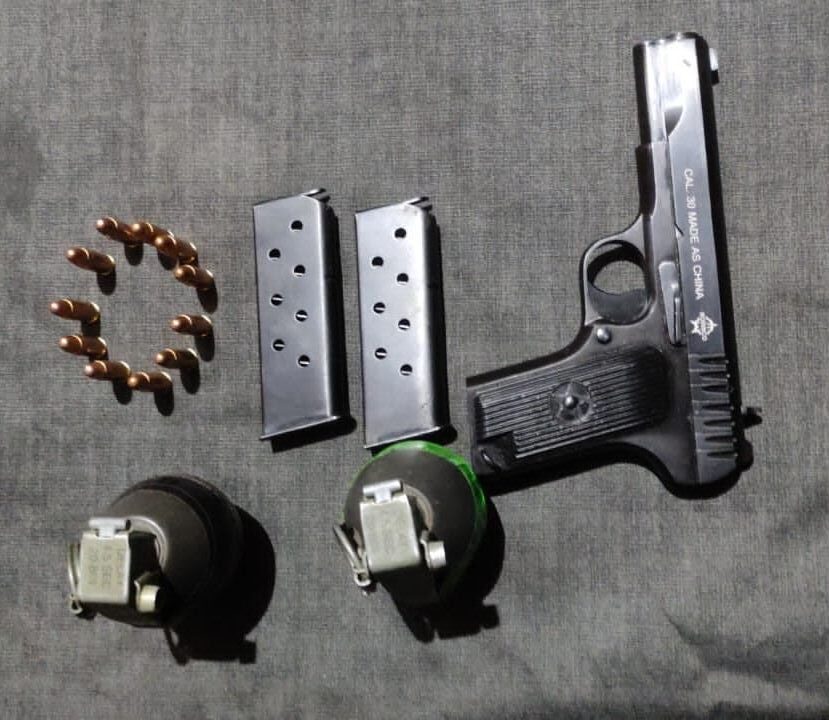 Srinagar, October 17: Police on Monday claimed to have arrested a person along with arms and ammunition in North Kashmir’s Kupwara district.

In a handout,, the police said that in a joint action by Kupwara Police and Army, a man has been arrested along with arms and ammunition in his possession from Karnah area.

On questioning, Shafi revealed that he has concealed some arms and ammunition in a Sewing machine in his house.

The police spokesman further stated that on Shafi’s disclosure 01 Pistol, 02 Pistol Magazines , 11 Pistol rounds and 02 live Garnades were recovered during the search and he was taken into custody .

More arrests are expected in the case, reads the statement.