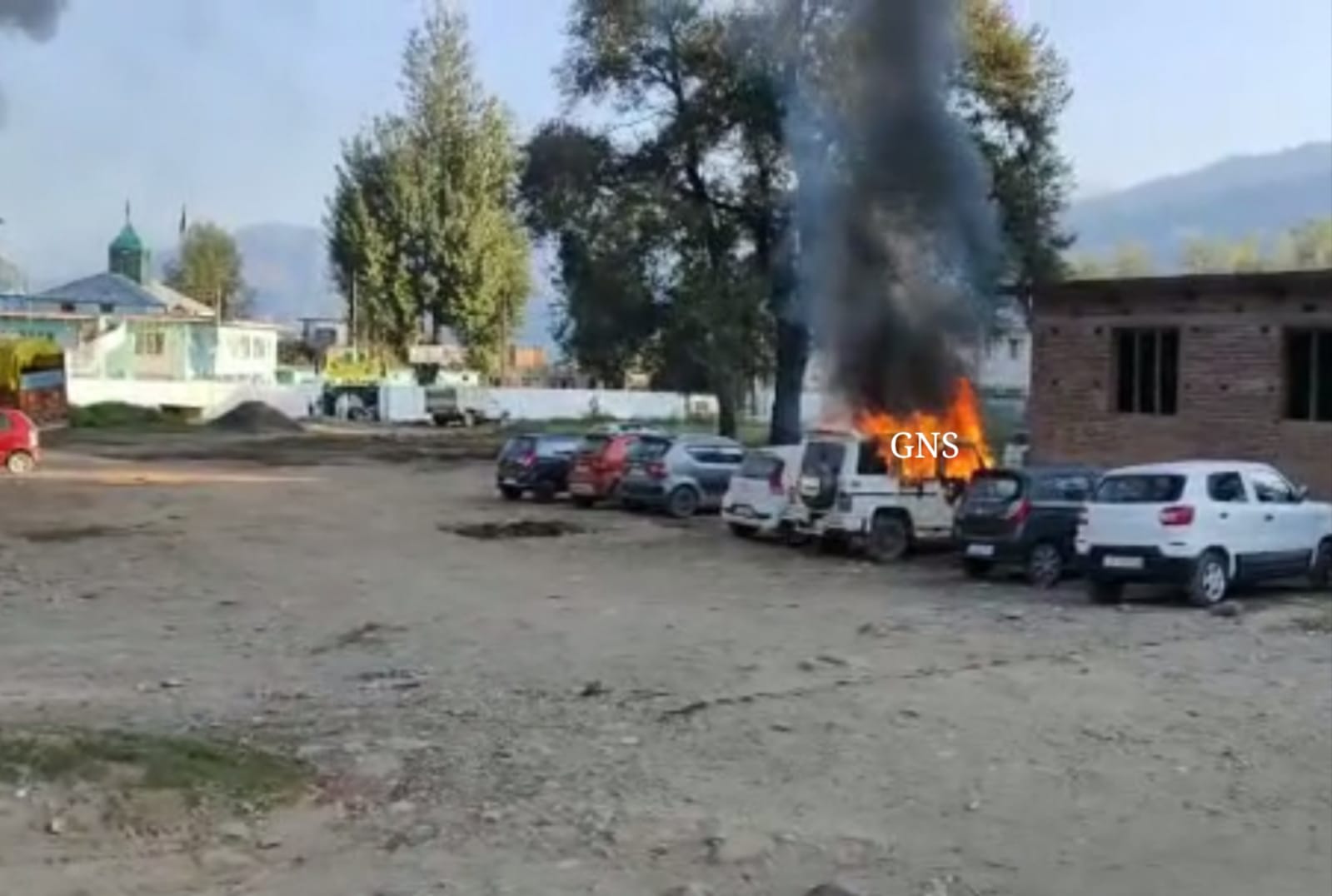 Poonch, Oct 17: Police have arrested a person after he allegedly set ablaze two vehicles, damaging them substantially while some others parked nearby were damaged due to heat in Surankote area of Poonch district, officials said on Monday.

They said that the person whose name has not been official revealed also tried to set ablaze his house in the district.

A police officer confirming while confirming that at about 0700 a.m., an information was received from reliable source that the person put on fire two vehicles—Scorpio (PB35M-7310) and Mahindra Bolero (JK 02BL-0718) near Tehsil Court Complex.These two vehicles suffered substantial damage before fire was doused off, he said. Some other vehicles parked nearby also got damaged due to heat but timely action saved them from significant damage, he said.

Subseqĺuently, the officer said that the accused put fire in his house. While house was saved from any damage, he was arrested and is in police custody, the officer added.