‘Very important to state that Germany’s position on Kashmir issue has not changed’: German Ambassador 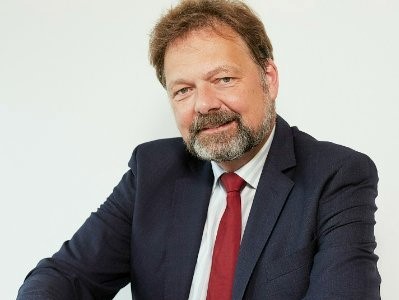 Srinagar, October 13: German Ambassador to India, Dr Philipp Ackermann has said that Germany’s position on Kashmir issue has not changed and bilateral path was the way forward.

On being asked about the recent statement of German foreign minister on Kashmir, Ackermann told news gathering agency ANI :

“First all we say that we were surprised by the Indian reaction”.

He said that UNMOIGP mission was in Kashmir with a very special limited manner.

“When she (German Minister) referred to the UN, I think one can say is that UNMOIGP small mission is in Kashmir with a very special limited manner that is where we see UN in the Kashmir Conflict. So in this case I would say, for us it is very important to state that Germany’s position on Kashmir issue has not changed,” Ackermann said.

“I think the Foreign Minister had no intention to stir any problems in Indian relations. We feel India is a huge partner, a big friend of Germany. That hasn’t changed’.

Speaking at a joint news conference with visiting Pakistani Foreign Minister Bilawal Bhutto Zardari, German Foreign Minister Annalena Baerbock had said that Berlin had a “role and responsibility” with regard to Kashmir.

While hailing the February 2021 cease-fire agreement on LOC between India and Pakistan, the minister had stated her country supports “intensively the engagement of the United Nations” to find a peaceful solution to the dispute.

“All serious and conscientious members of the global community have a role and responsibility to call out international terrorism, especially of a cross-border nature,” External Affairs Ministry spokesperson Arindam Bagchi said.

“The Indian Union Territory of Jammu and Kashmir has borne the brunt of such a terrorist campaign for decades. This continues till now. When states do not recognise such dangers, either because of self-interest or indifference, they undermine the cause of peace, not promote it. They also do grave injustice to the victims of terrorism,” Bagchi added.