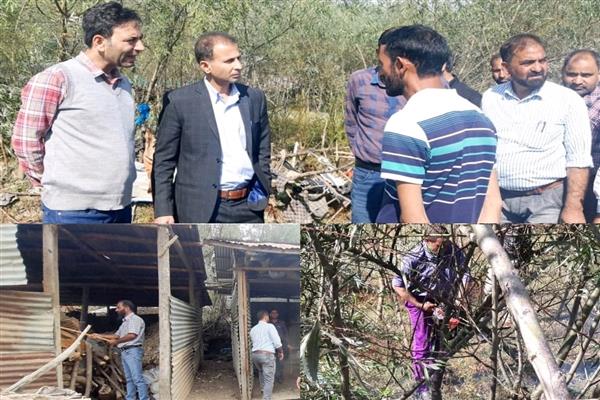 The drive was conducted under the presence and supervision of Additional Deputy Commissioner, Waseem Raja.

The team demolished illegal sheds erected on the state land thereby freed around 300 Kanals of land from illegal encroachment.

ADC Bandipora directed officers to intensify encroachment drives and said that a time bound rooster will be devised for such drives to free the encroached state and kachcharie land.

He further intimated that last week, similar encroachment drive was held in Hajin in which hundreds of kanals of land was freed from land encroachers.

He also asked officers to update land records and keep vigil on state lands to avoid future encroachments.
The drive was conducted after receiving a number of complaints from the inhabitants of the locality and the field reports of revenue officials.

While commenting on the drive, DC Bandipora Dr Owais Ahmad said ,these drives shall continue till all land is retrieved from the encroachers.

Dr Owais appealed to the general public for their cooperation and support to curb this menace of encroachment.
The general public of the area appreciated the efforts of the district administration in conducting these drives.