Temple reopened in Handwara after 3 decades 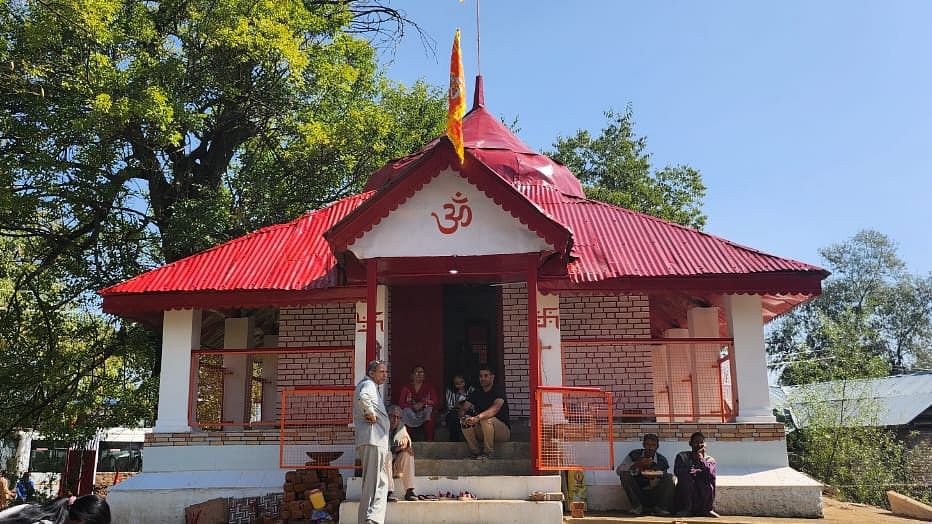 Handwara, Oct 04: A temple in Handwara which closed its doors for devotees three decades ago because of militancy and migration of Hindus has been reopened.

Handwara, once home to a high number of Kashmiri Pandits, is again reverberating with the sound of temple bells after 33 long years, as Ganesh Temple has been thrown open for devotees. A special ‘pooja’ was also performed by devotees at the temple.

He said that they received immense support from the local Muslims in restoring the decades old Temple.

“We were helped and supported by the local Muslim populace. They even came to clean the temple which reflects a great example of oneness and mostly the Kashmiriyat,” Kumar added.

Locals said that before militancy erupted, Muslims often used to be a part of Hindu occasions/festivals and they wanted Hindus to return and settle down permanently.

“We are incomplete without them. The central government must take concrete steps for the return of Kashmiri Hindus,” they added.

Two months ago, they said that they got to know Ramesh and Bitu, the organisers of Ganesh temple started renovating it.kno