Pahari community will be given reservation: Home Minister 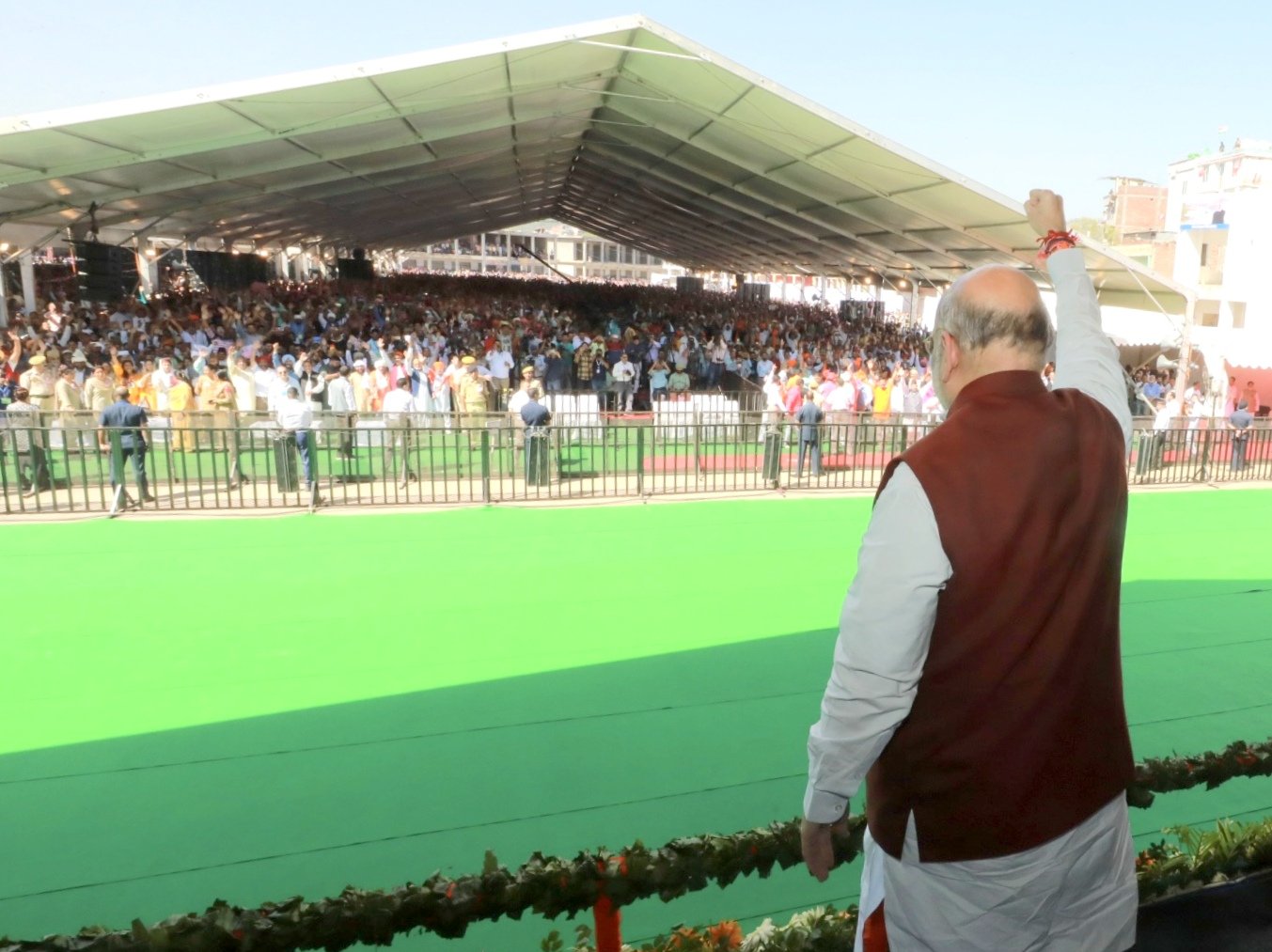 Rajouri, Oct 04: Reaching out to the Pahari community of Jammu and Kashmir, Union Home Minister Amit Shah on Tuesday made a big announcement stating that Paharis will get reservation as Justice (Rtd) G D Sharma Commission has already advocated the same.

Addressing the gathering of Gujjars, Bakerwals and Paharis in Rajouri, Shah said that Paharis will get reservation.

“Justice (Rtd) G D Sharma Commission has already advocated the same and we will do it,” Shah said, adding that “it will not affect the reservation for Gujjar and Bakerwal community under the Scheduled Tribes category. Reservation will be given after completion of administrative formalities”.

Thousands of Pahari-speaking people were eagerly waiting for the rally as they anticipated that Shah would announce reservation for them under the ST category.

The Gujjars, who already have reservation under the ST category, had apprehensions that granting of the ST status to the Paharis would dilute their quota.

“I assure you that there will be no effect on the reservation of Gujjars even by one per cent,” Shah said. kno