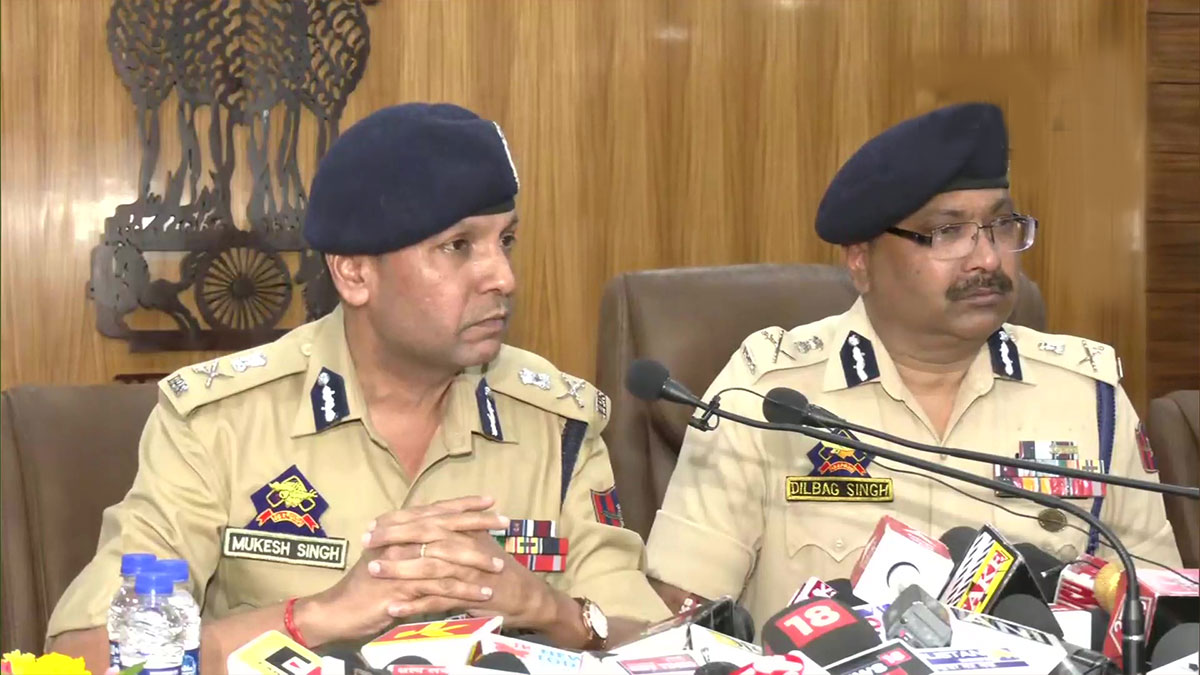 Srinagar, Oct 02: J&K Director General of Police (DGP) Dilbagh Singh Sunday said that in the recent two back to back explosions in Udhampur district sticky bombs fitted with timers were used and that person involved in the act is a local who was an active militant in 2005, arrested and then released.

The DGP said that former militants are being recycled into militancy by their mentors across to carry out sticky bomb attacks and this time high profile ministerial visit was a possible target to show that “all wasn’t well in J&K.”

Addressing a press conference in Jammu, DGP  said that former militant Aslam Sheikh was involved in the Udhampur twin blasts that left two persons injured. “There were at last four to five such IEDs/bombs available with them and possible target was the upcoming high profile visit. Sheikh has confessed to the crime,” he said, adding that consignments of sticky bombs are available with the Lashkar-e-Toiba and there is a possibility that Jaish-e-Muhammad may be also used a few.

Replying to a query whether Pakistan is trying to bring back all the former militant into militancy, the DGP said that police are keeping a close watch on all the former/released militants and OGWs keeping in view the involvement of some in the militant activities in the recent past. “In Kashmir, hybrid militancy is being promoted and that is being countered well by the police,” he said. “There is an indication that former/released militants are being recycled again into militancy to carry out sticky bomb attacks.”

After the interrogation of Sheikh, the DGP said, it was found that it is easy to assemble the sticky bomb which is magnet based and has a timer fixed in it. “Sticky bombs is a serious challenge and we will counter it too,” the DGP said as per KNO.

He said that at present security scenario is much better compared to past four years. “So elements not happy with the peace always try to hatch conspiracies to convey that situation wasn’t well in Kashmir,” the DGP said.kno