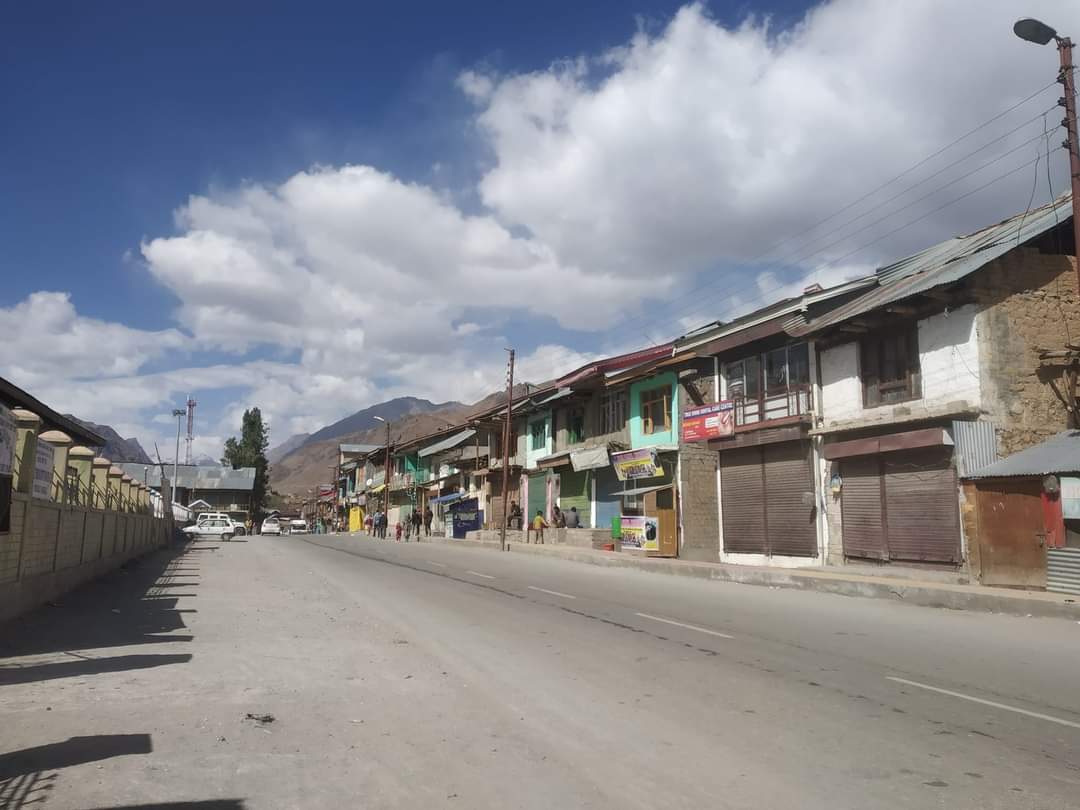 Kargil, Oct 2: Kargil observed a complete shutdown on Sunday against the LG administration for denying UT-level permits to transporters of the district.

The four-day strike call from Sunday to Thursday has been forwarded and supported by all stakeholders and other bodies including Islamia School Kargil, Imam Khomeini Memorial Trust, Jamiat Ulema Isna Ashriya Kargil, Anjuman Sofia Noorbakshia, LAHDC Kargil, Students Association and others.

All Transport Association Kargil has already informed the drivers from Leh and Kashmir Valley not to enter into the limits of Kargil district.

The transporters have been demanding UT-level permits for the taxi operators of the district Kargil.

One of the local political and social activists Sajjad Kargili said that on the one hand UT status was imposed by the Government of India to Ladakh against the wishes of the people of Kargil while on the other hand, transporters are now being deprived of the UT permits which is really very disturbing.

He said that LG administration of Ladakh UT has become a puppet of Leh transporters.

“We were eligible for three permits before UT status was imposed on us- National, State, and District. “The irony is that transporters of Kargil district have been directed to ply within the district. It is a direct attack on our economy,” he said adding that a conspiracy is being hatched against a particular community in Jammu and Kashmir.

President All Transport Association Kargil, Muhammad Ibrahim said that there will be a four-day strike, and if the administration didn’t resolve the issue they will hit to roads. He said their demand is justified and it is their constitutional right to get UT permit. knt