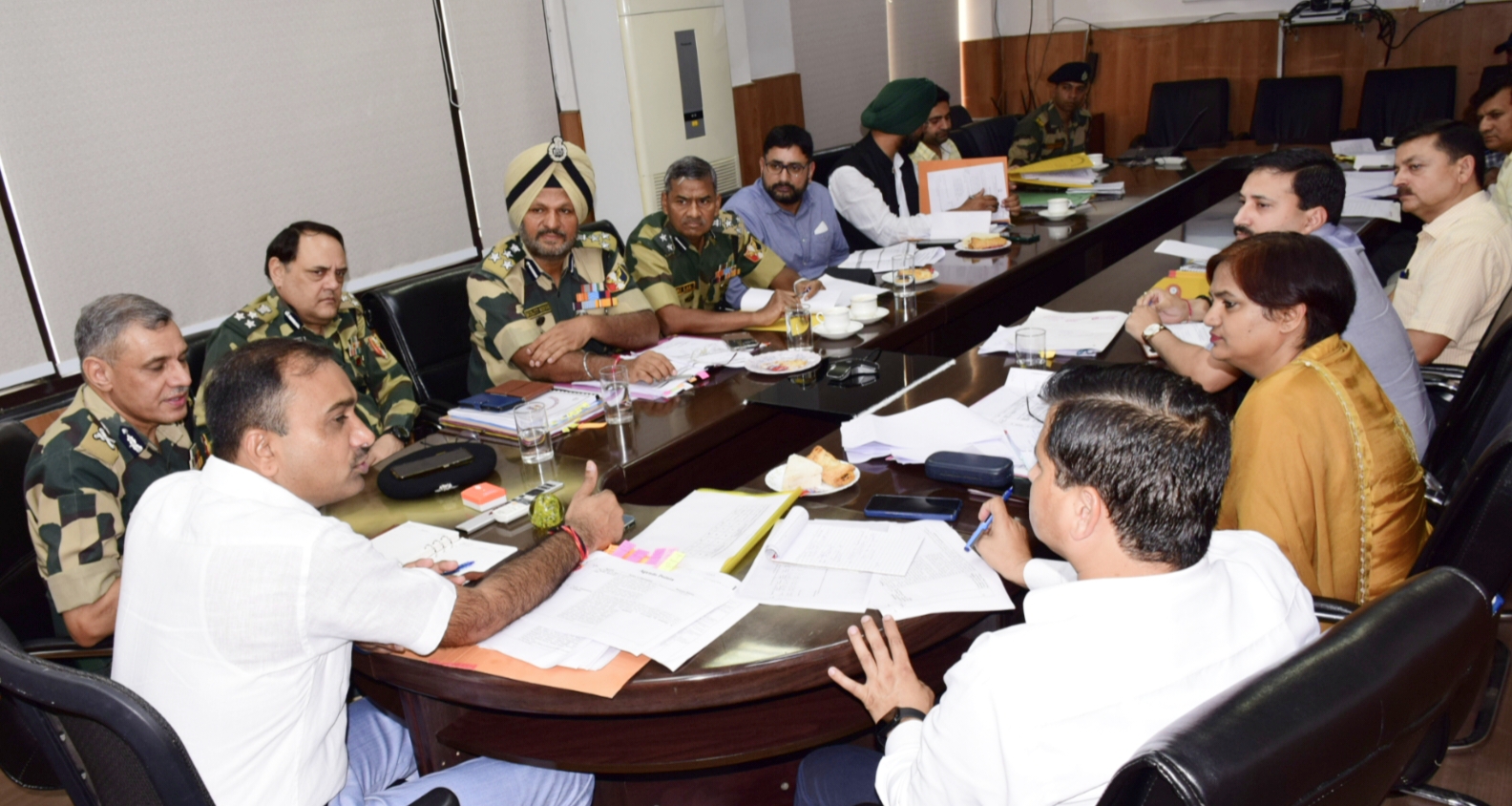 Threadbare discussions were held on the land acquisition cases pending in the districts, which include 135 feet border fencing, border out posts, key location plans, camping sites at various locations, firing ranges and other defence purposes.

During the meeting, the Div Com inquired about the progress of land acquisition cases pertaining to District Kathua, Samba and Jammu.

The IG BSF gave a brief resume of the projected acquisition, requisition cases of BSF pending at different levels in the districts. The concerned DCs apprised the Div Com about the present status of each case.

The Div Com sought case wise details and directed the concerned officers to expedite and complete the process at the earliest.

He also asked the revenue officers to prepare revenue papers of the land, conduct joint verifications (where pending) for early resolution.

He further directed for maintaining inter department coordination for expeditious resolutions of cases.

The Div Com also reviewed the status of cultivation of land ahead of the fence. He was informed that the BSF authorities were facilitating farmers to cultivate  their land located beyond the border fence.

Seeking the details, the concerned officers apprised  that the land acquisition has almost been completed.

It was further informed that alternative land has been provided to the Animal Husbandry Department for shifting its hatchery and office buildings. The land was provided  in Nagrota and Chatha areas.

The Div Com also inquired about the present status of work on construction of Animal Husbandry buildings at Nagrota and Chatha. It was informed that the work was in progress at both the locations.

Responding to the issues related to alloted land, the Div Com asked ACR Jammu to resolve the same for smooth execution of work on Animal Husbandry buildings.