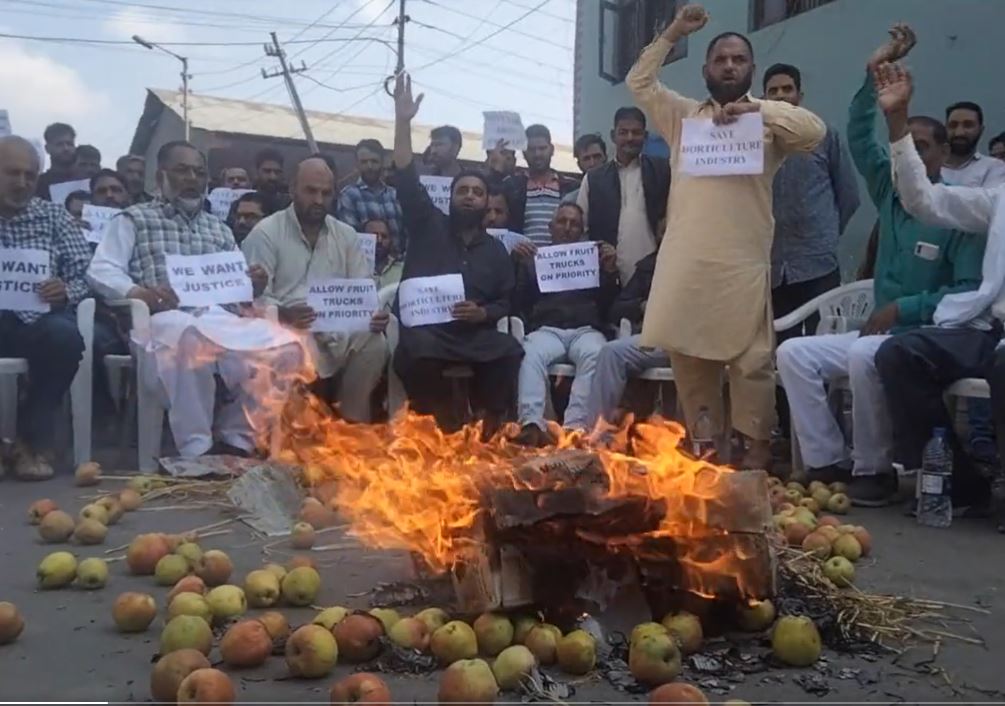 Srinagar, Sep 26: As a mark of protest to press for smooth passage to fruit laden trucks on Srinagar-Jammu national highway, Fruit Mandis across Kashmir remained shut for the second consecutive day.

Several Fruit Growers and Buyers said that they continue to face losses due to unnecessarily blocking of the highway at Qazigund. “Despite government directions, authorities have failed to ensure the hassle free movement of apple laden trucks on the national highway” they alleged.

Fruit laden trucks are being halted at Qazigund for around a week after that they get turn to move towards Jammu despite clear directives to ensure the hassle free movement of fruit laden trucks, Mudasir Ahmed, a fruit buyer said.

He said it seems that the authorities are in no mood to put an end to the miseries being faced by the fruit industry, he said.

“It was earlier taking seven days to reach fruit trucks from Sopore fruit mandi to Bangladesh but now it’s taking at least 12-15 days and same is happening with others and upon reaching the destiny the items we supply get spoiled and are of no use, said Fazzul Rehman, a foreigner who is dealing with fruit trade at Fruit Mandi Sopore for decades. Adding that, they are now on a verge to wind up the business as they are facing huge losses.

He said they expect the government to implement the directions for smooth passage to trucks.

“We want our produce to reach its destination outside the Valley in time,” he said.

Bashir said that Mughal road, which the government has kept as an alternative for the trucks, is not feasible as the condition of the road is not good.