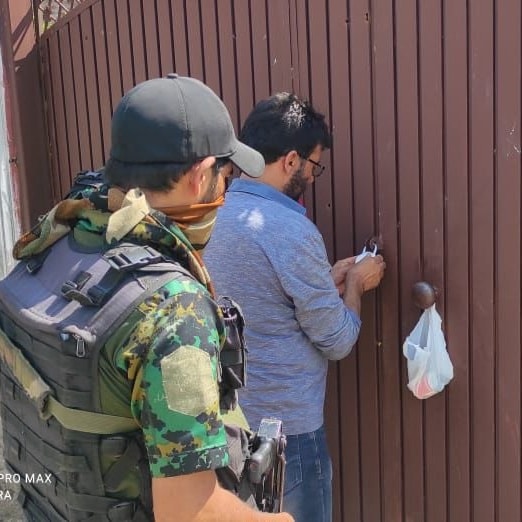 Police said that it attached a residential house in North Kashmir’s Bandipora district for ‘willfully’ sheltering and harbouring militants after obtaining sanction from the competent authority.

A police spokesperson said that police attached the residential house of one person namely Bashir Ahmad Mir of Wanpora Gurez at present Watrina after obtaining legal sanction from the competent authorities.

The house as per police was linked to last year’s encounter case in which two militants were killed.

“The investigation proved beyond doubt that the said house was used for the purpose of militancy, sheltering, harbouring militants and such act was voluntarily and knowingly given by the member of the family. Many attacks on civilians and protected persons were carried, conspired and planned by militants while using this house as a hideout,” police said adding that Bandipora police requests citizens once again not to harbour or give shelter to militants, failing which they will be liable to action under the law including property attachment (movable/immovable) proceedings.

“In case of any forced and coercive entry by militants into any house or vehicle, the matter should be brought to the notice of police immediately, otherwise proceedings under the law will follow against such houses or other properties,” police said.